Well, it's 55 degrees and chilly in the middle of May. I can't take this insanity anymore. So, while I hover around the fireplace in my sweatshirt and flannel pajama pants, you can run and not walk to the store to get the ingredients for the soup below.

This soup is a copycat version of the Olive Garden's famous Zuppa Toscana soup. And, boy, will your insides be thankful for this recipe. 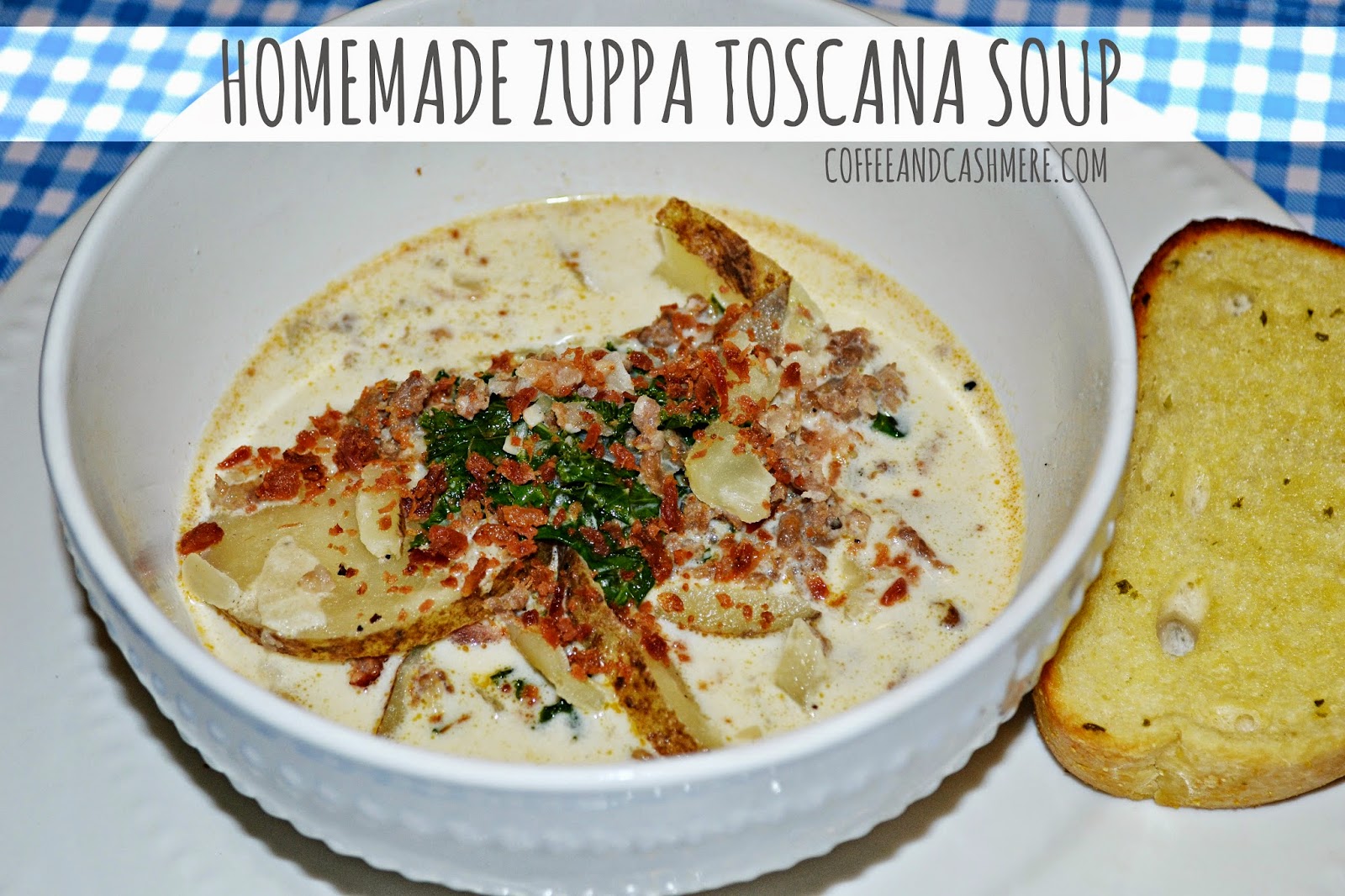 - Heat a large skillet over med-high heat. Add the Italian sausage and cook until browned. Make sure you chop the sausage finely while cooking it. Set aside.

- Finely chop an onion. Meanwhile, heat olive oil (or bacon grease as I did and love) in a large dutch oven or pot over medium to medium-high heat. Add the onions and a generous amount of chopped garlic. Saute the garlic and onions until the onions have become translucent. Stir in the chicken broth and bring to a boil.

- Trim the stems off the kale and rip the leaves into bite-sized pieces. Add the kale and the sausage to the pot. Stir together and let cook until the kale starts turning dark green, or about 2 minutes. Stir in the heavy cream. Cook together for about three minutes, or until everything is heated through. Add salt and pepper, and garnish with bacon. 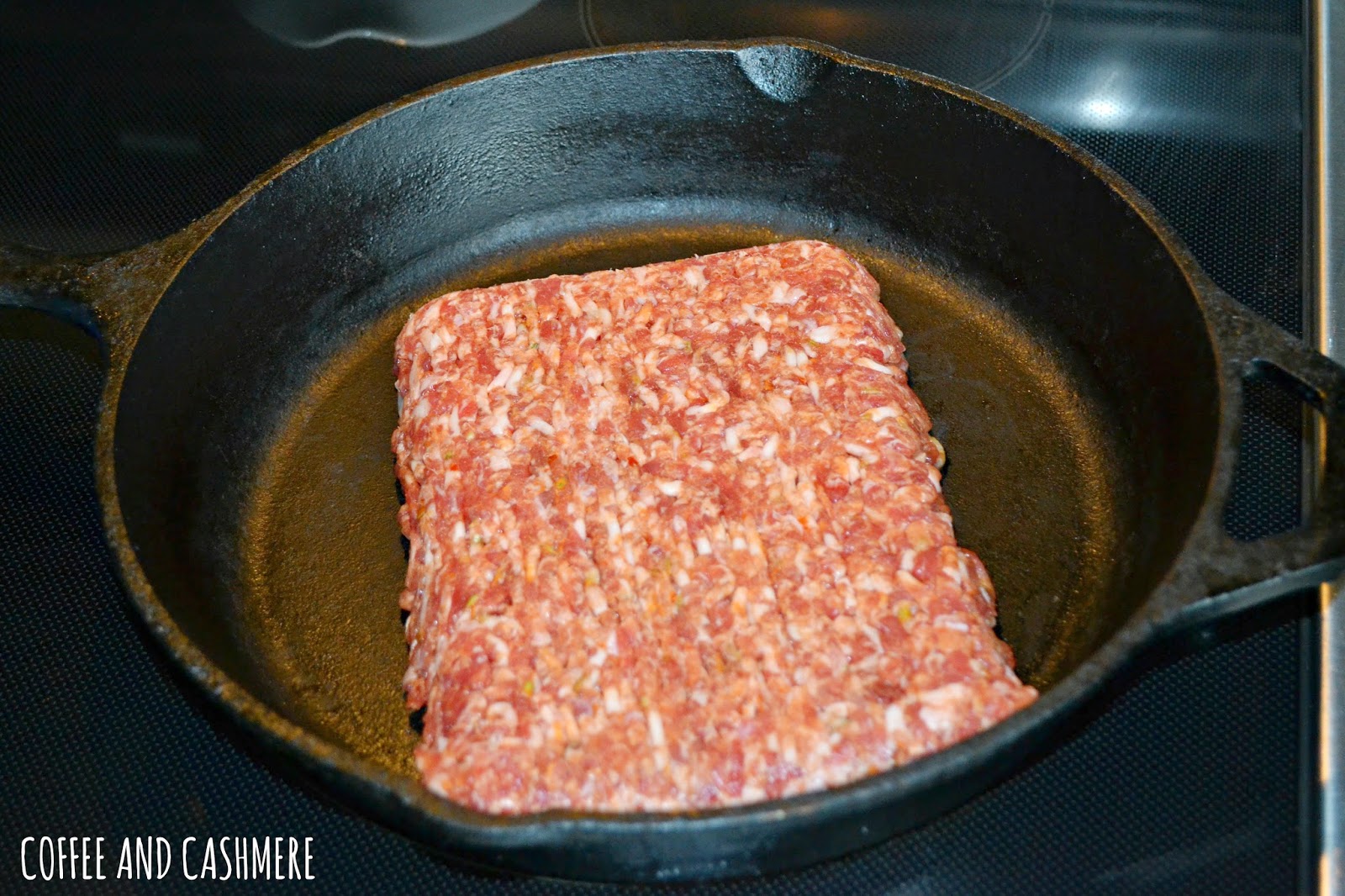 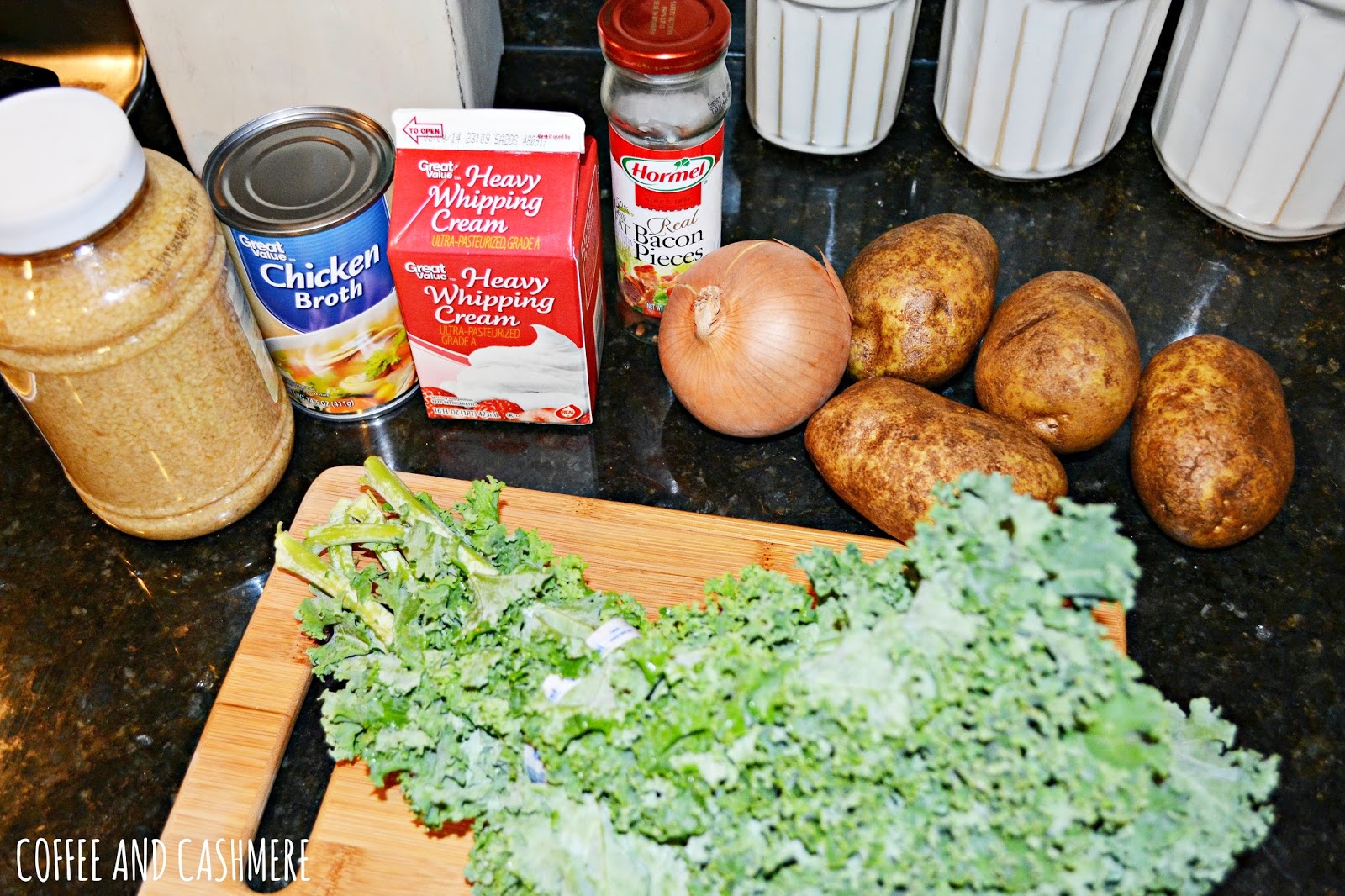 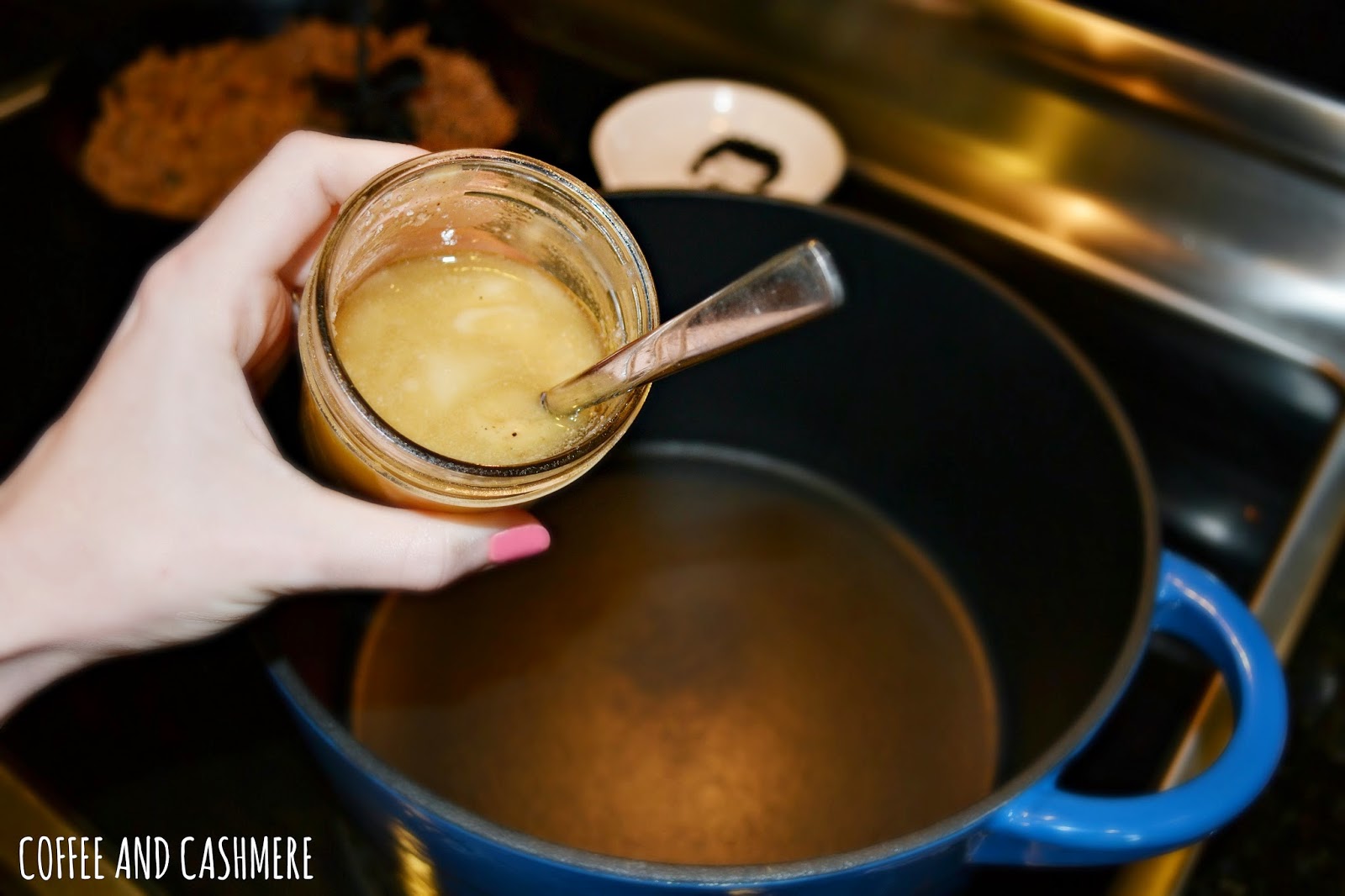 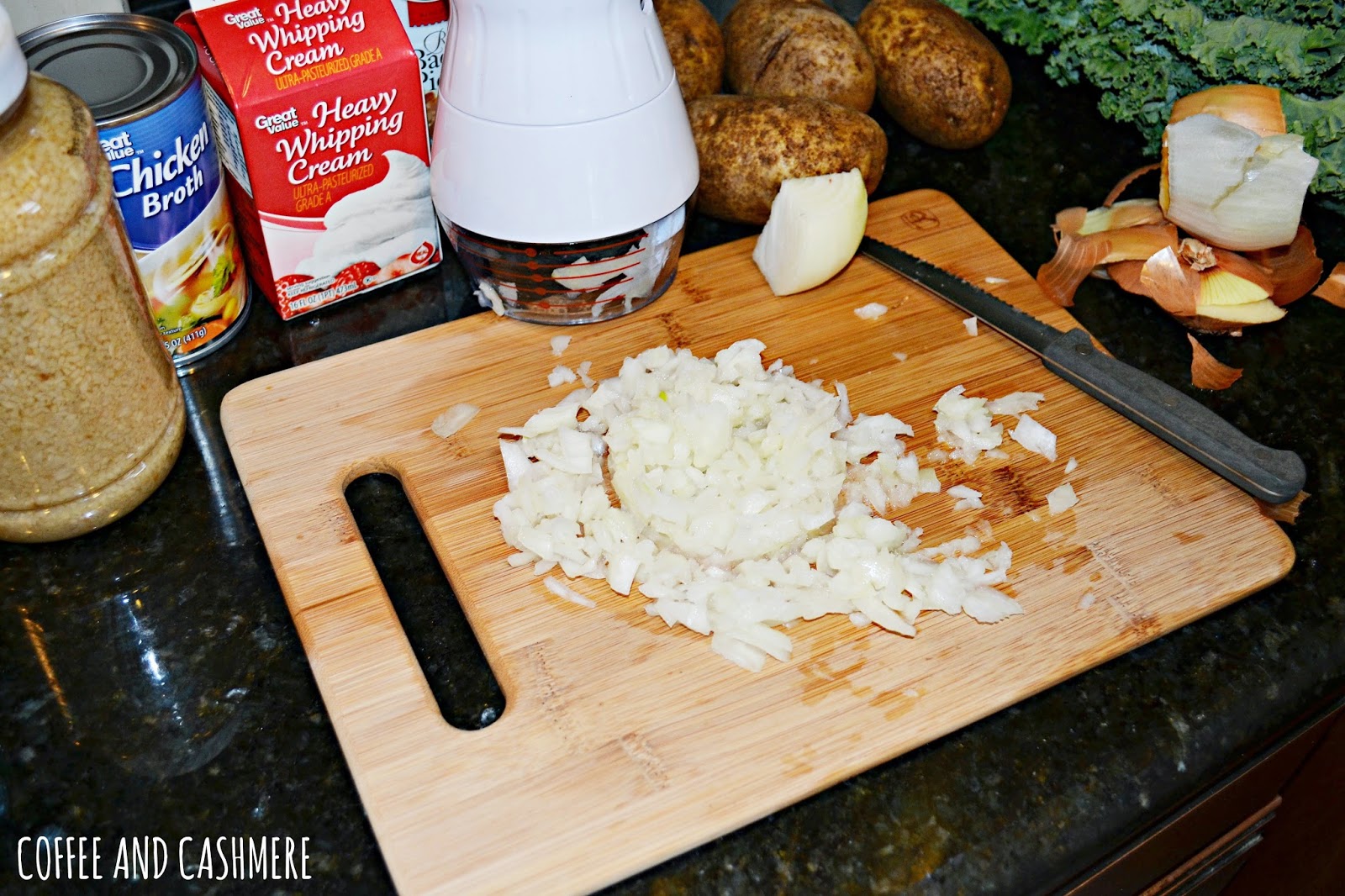 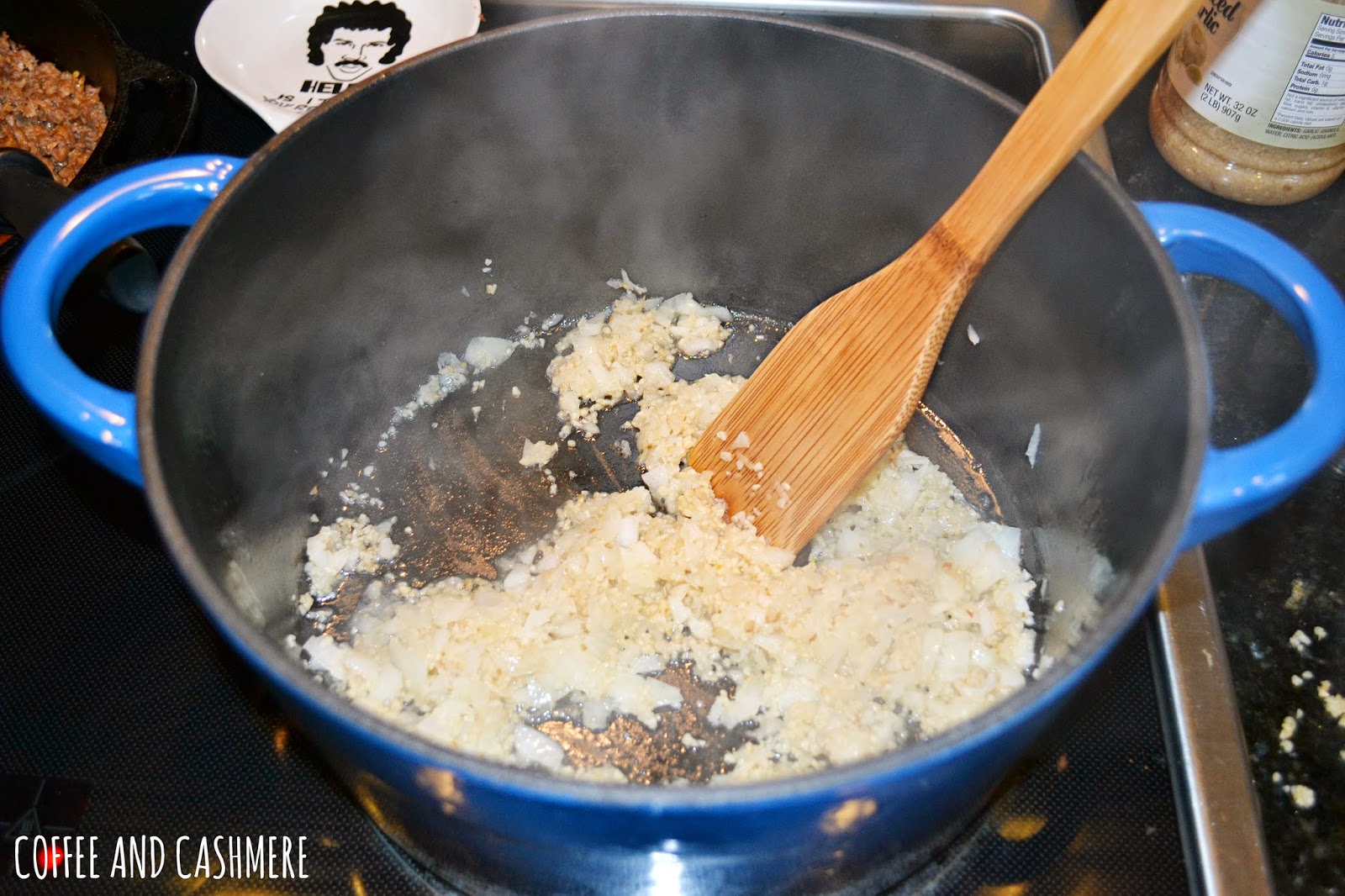 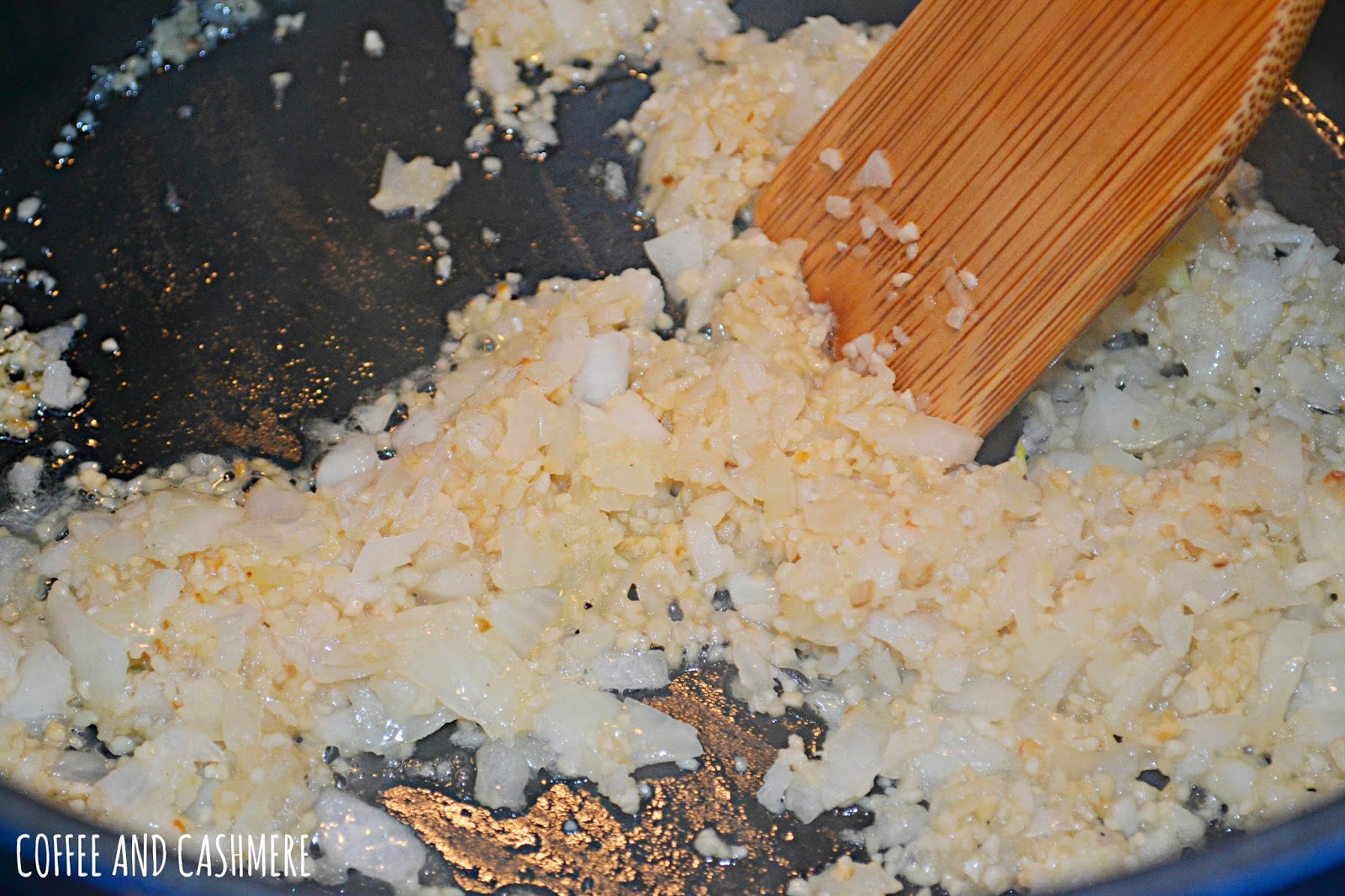 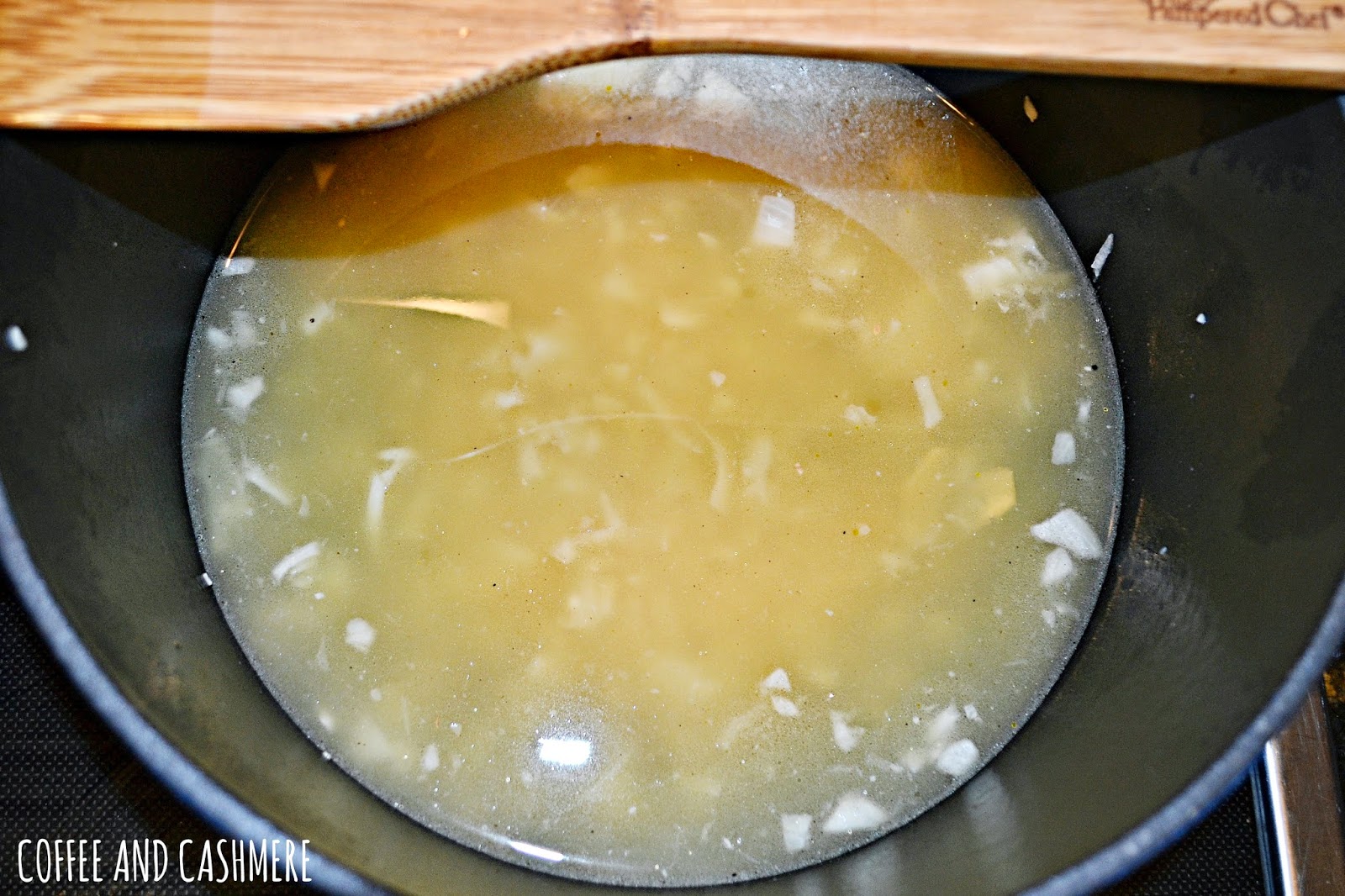 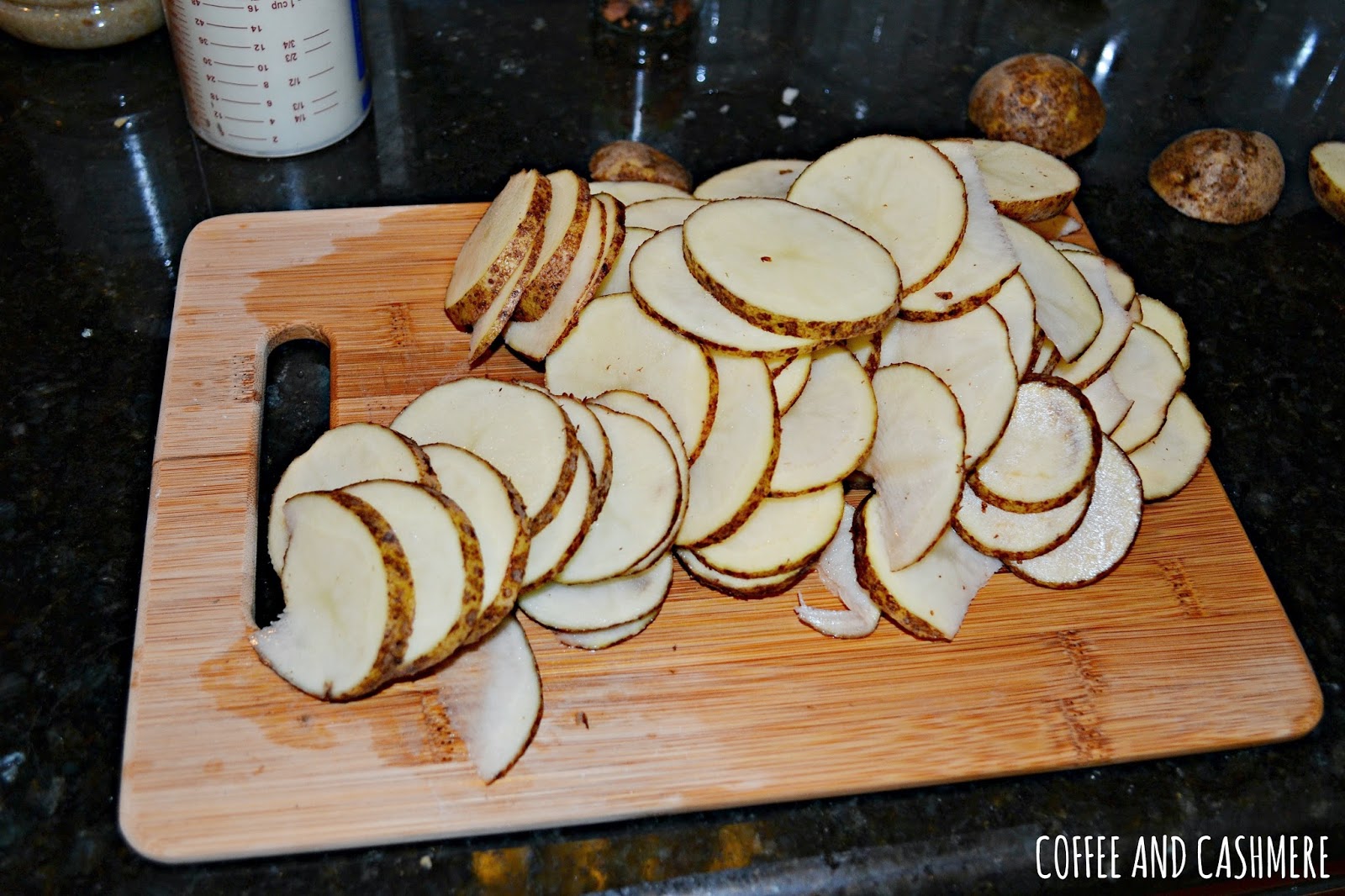 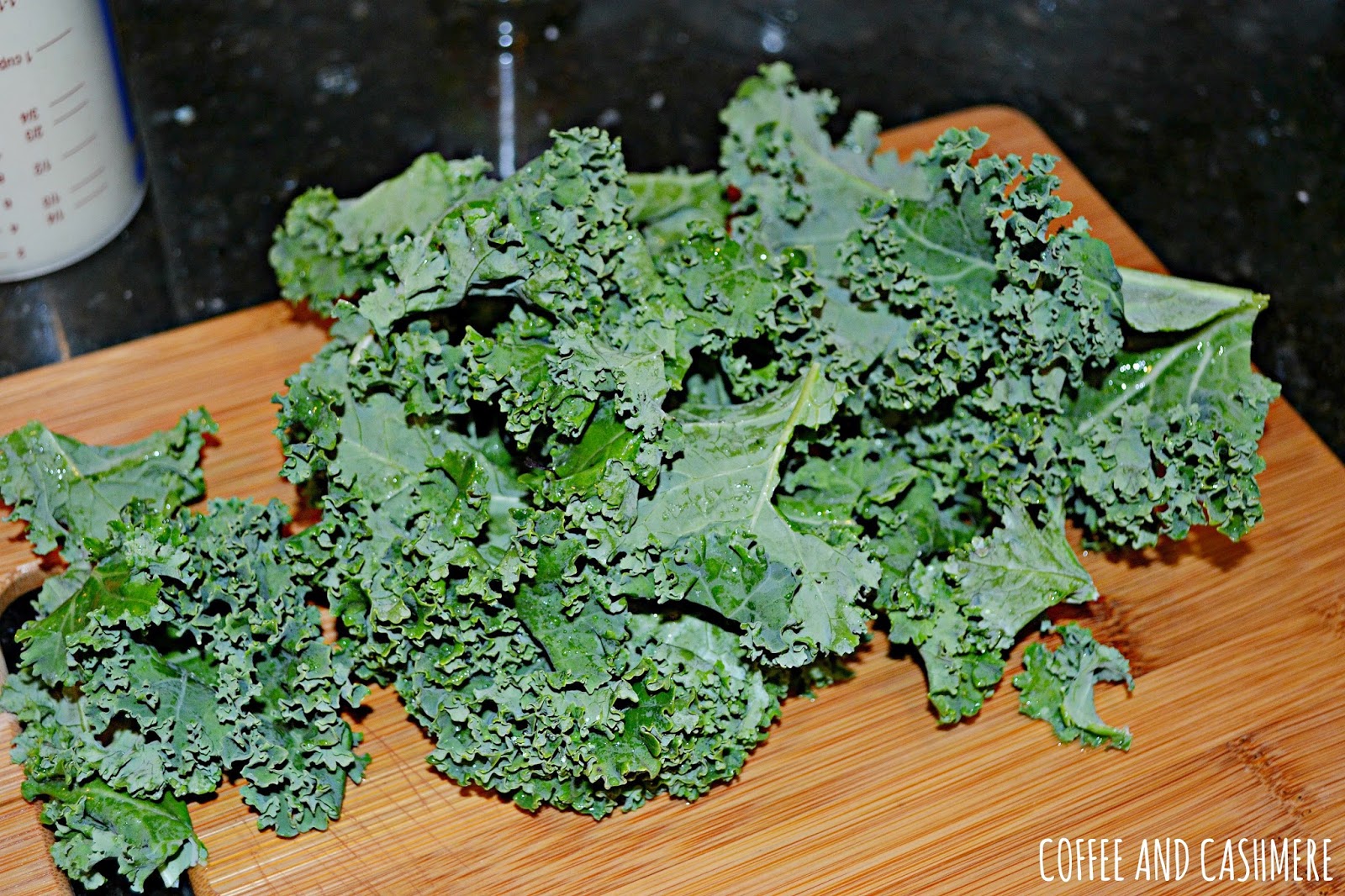 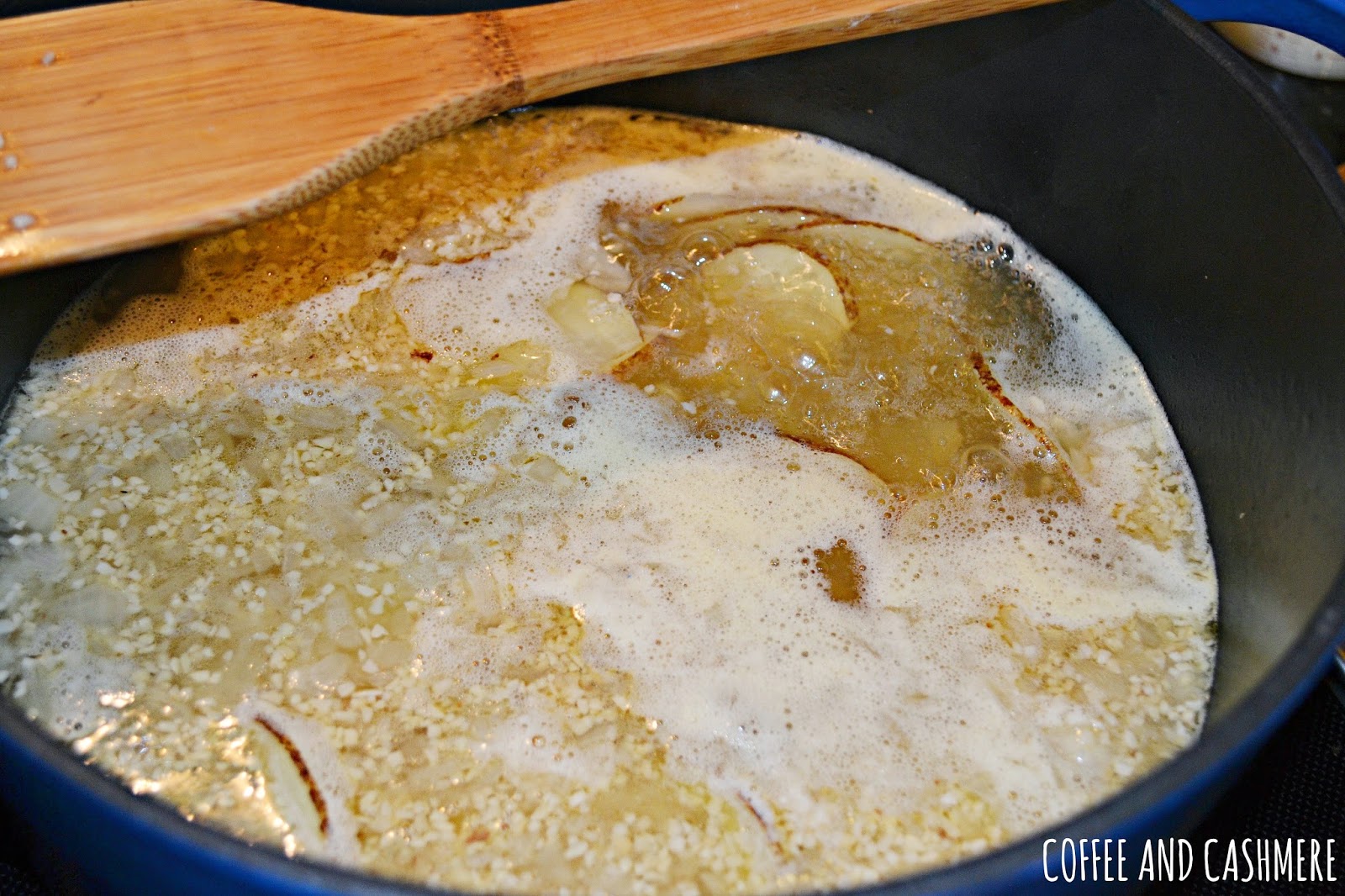 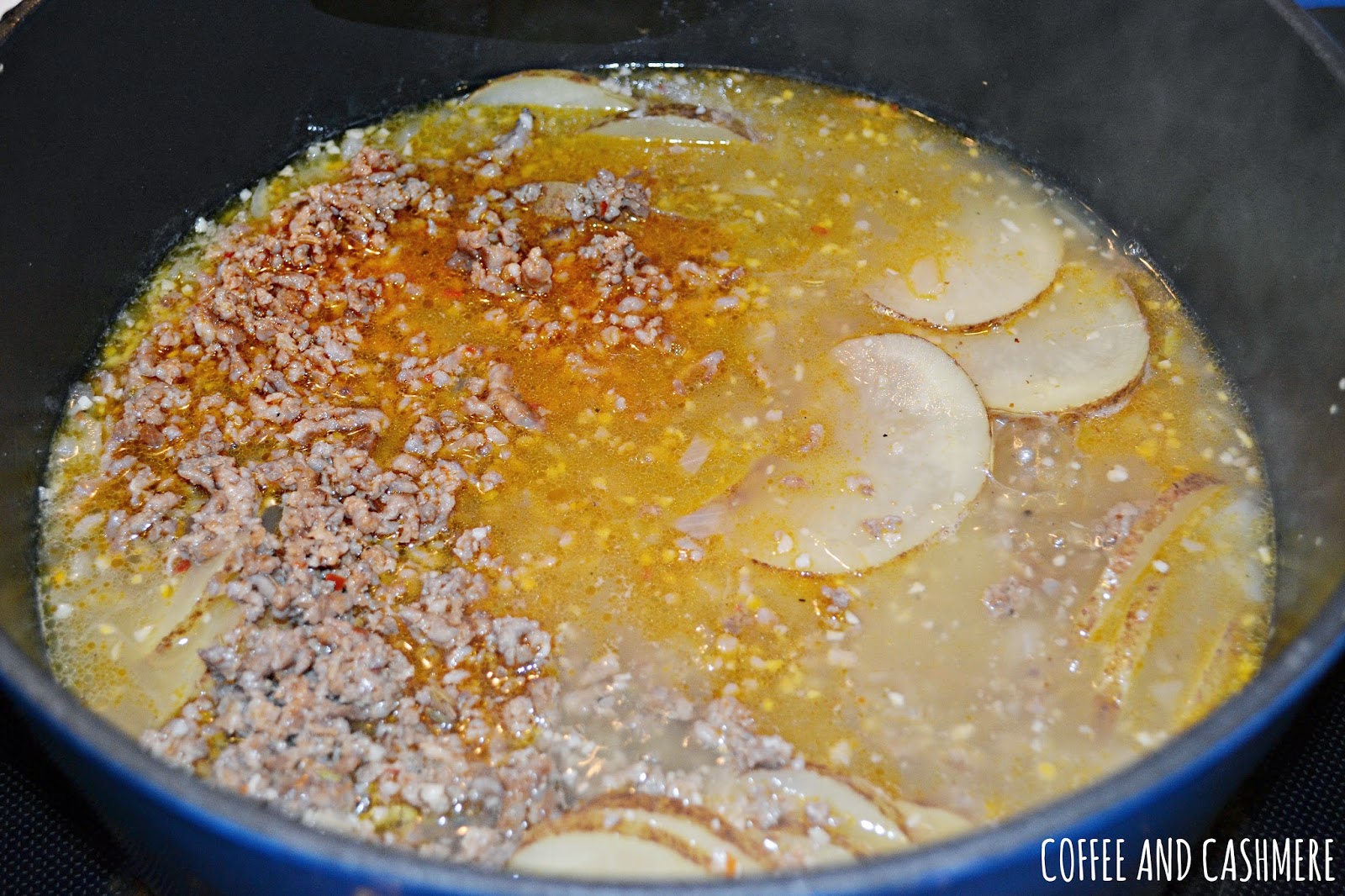 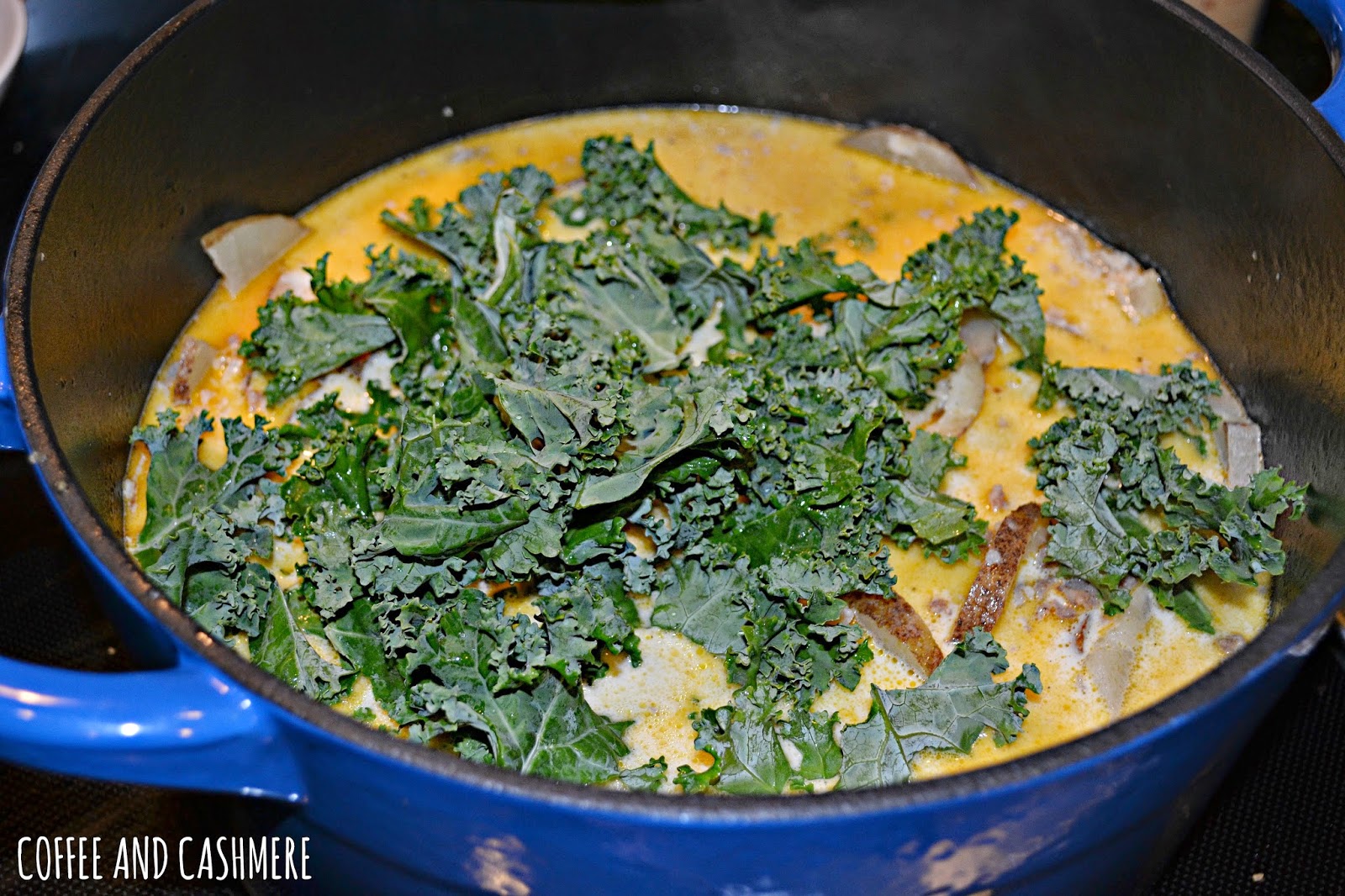 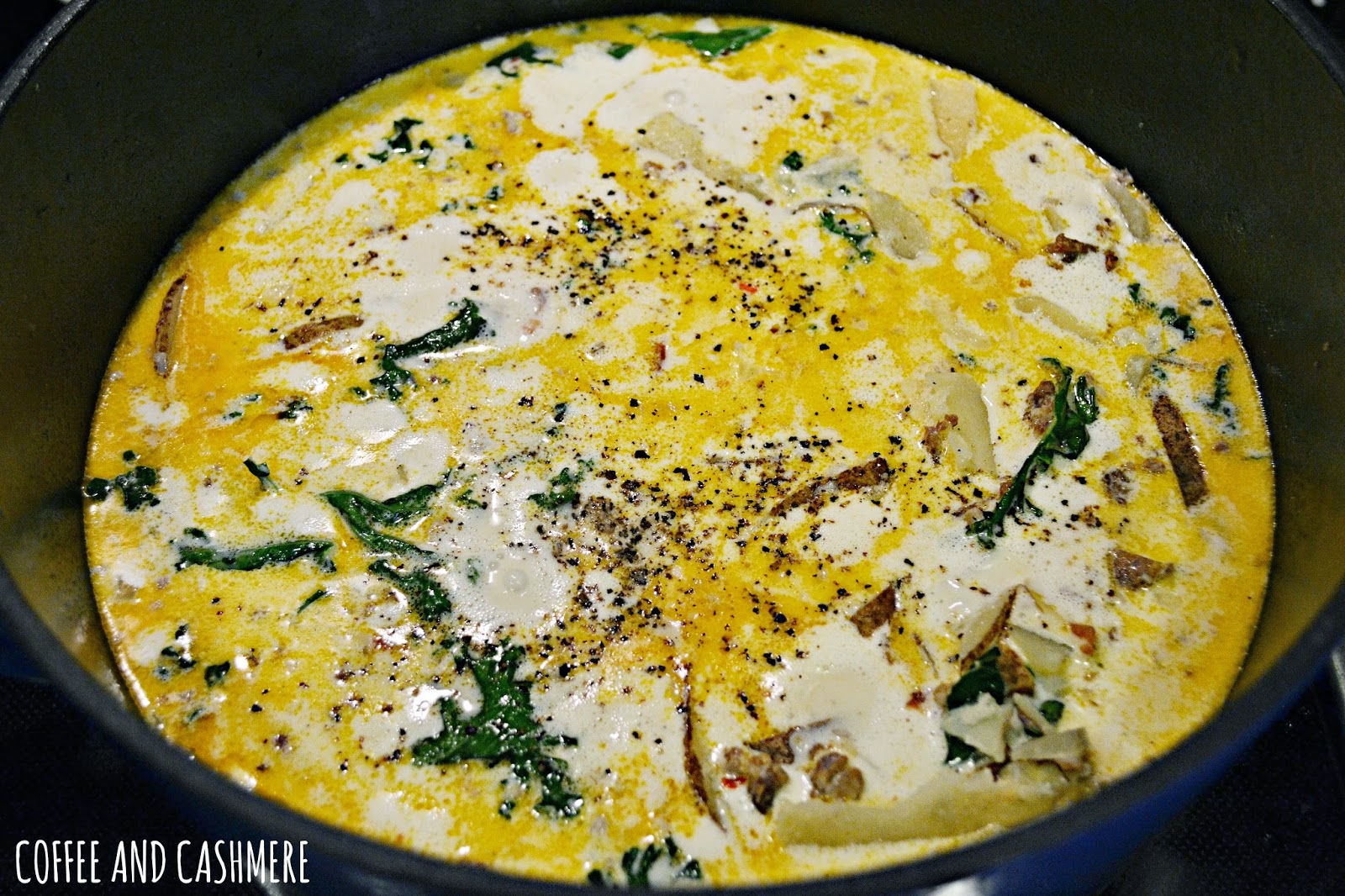 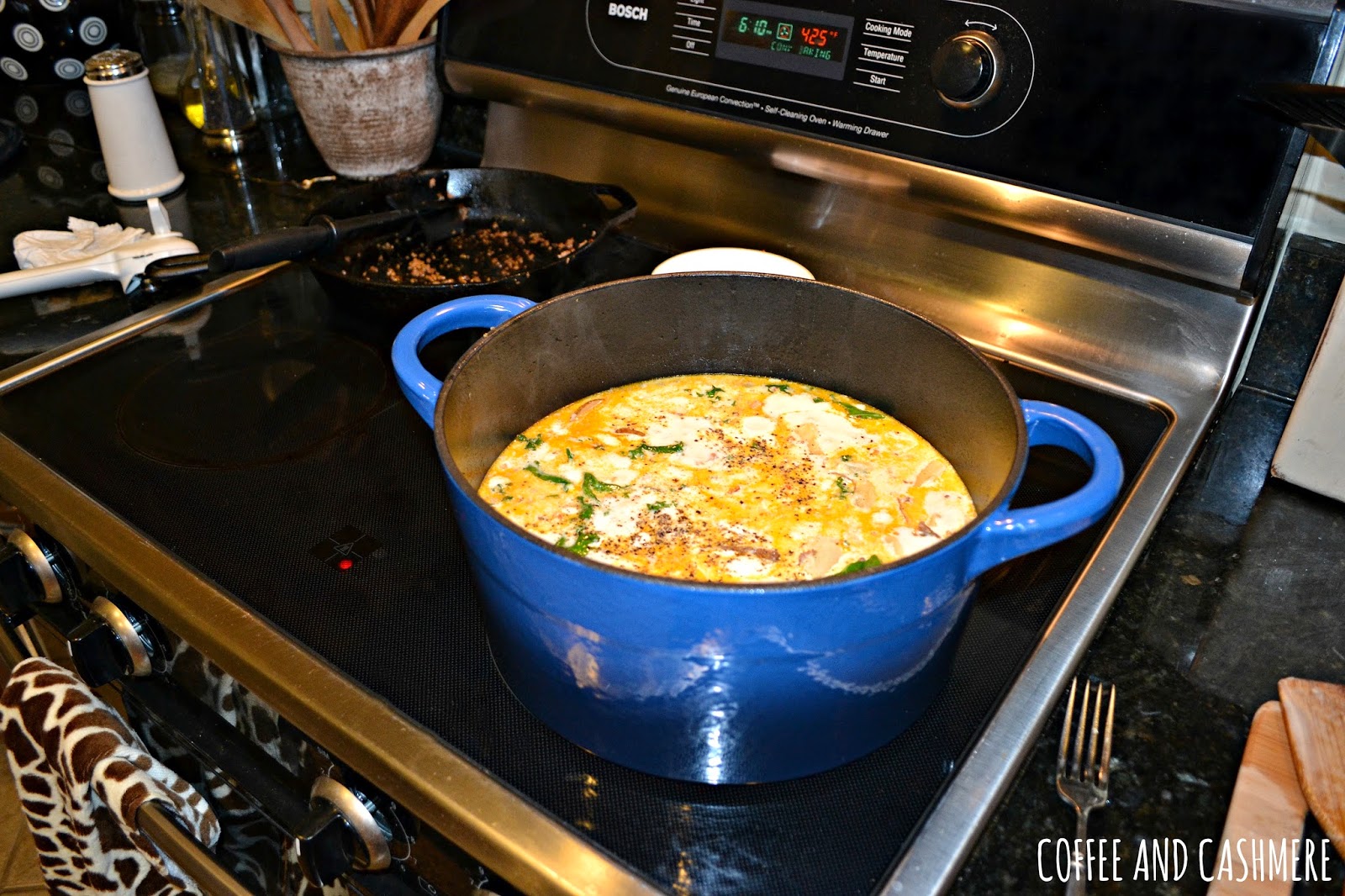 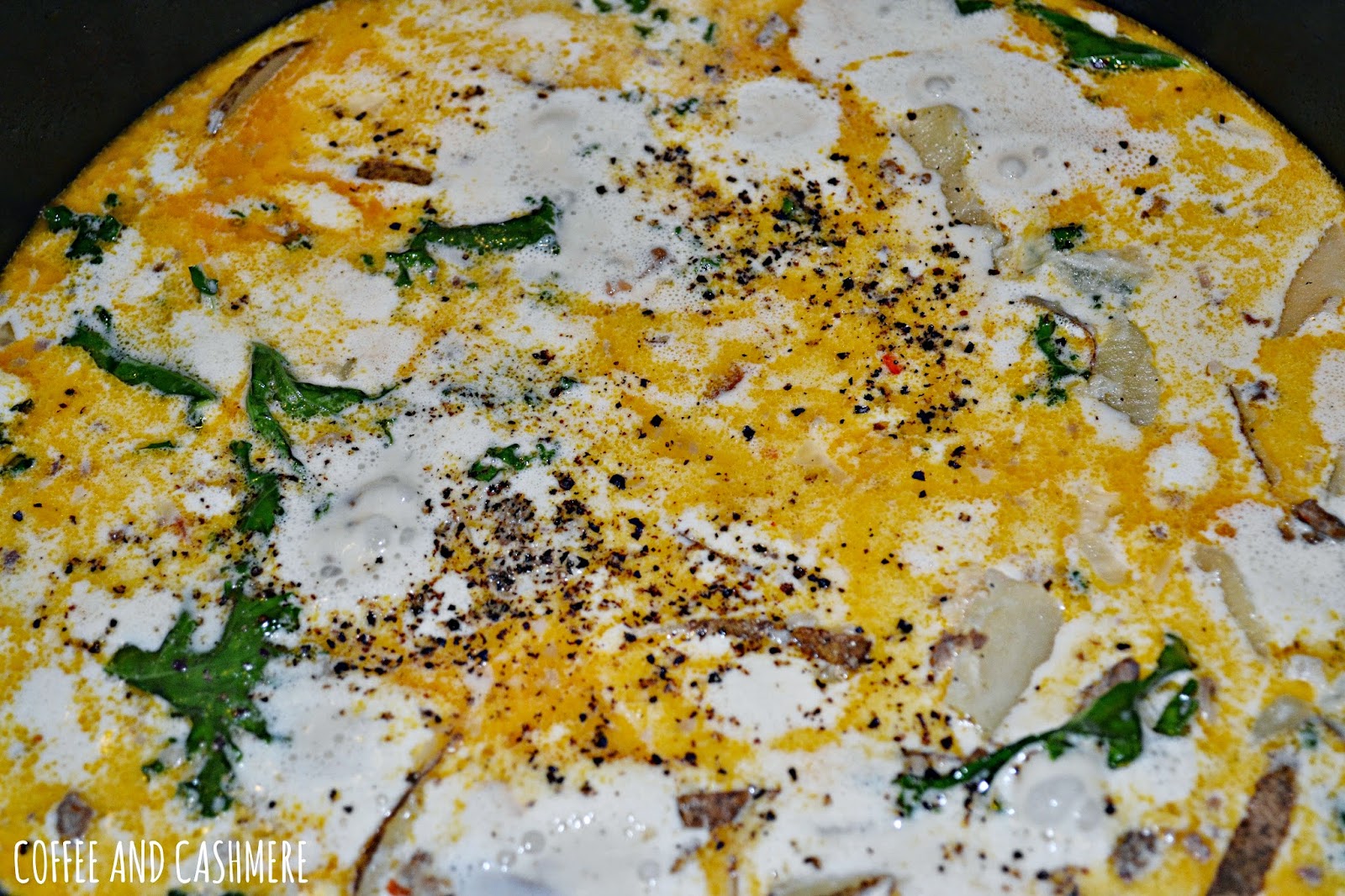 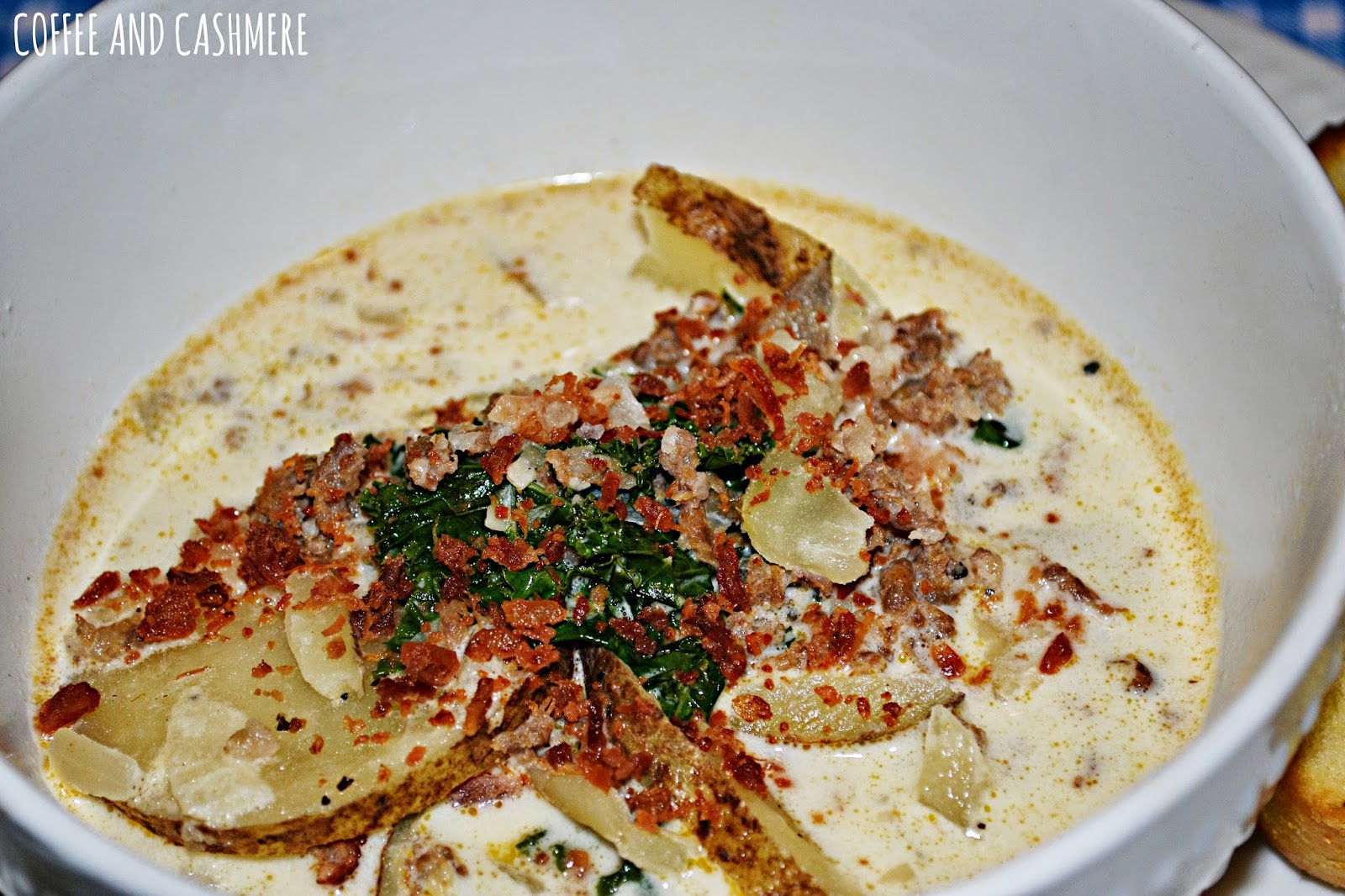 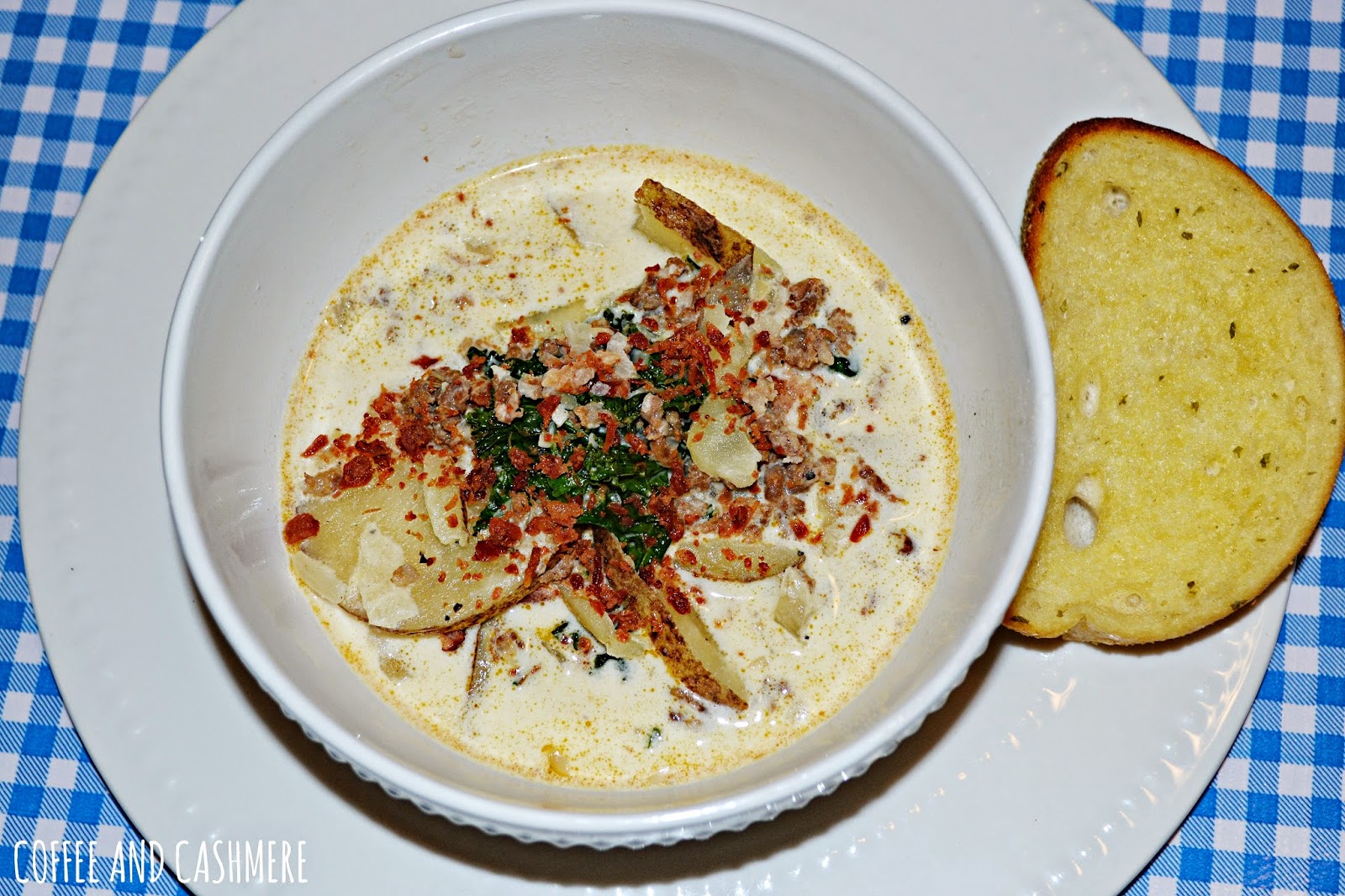 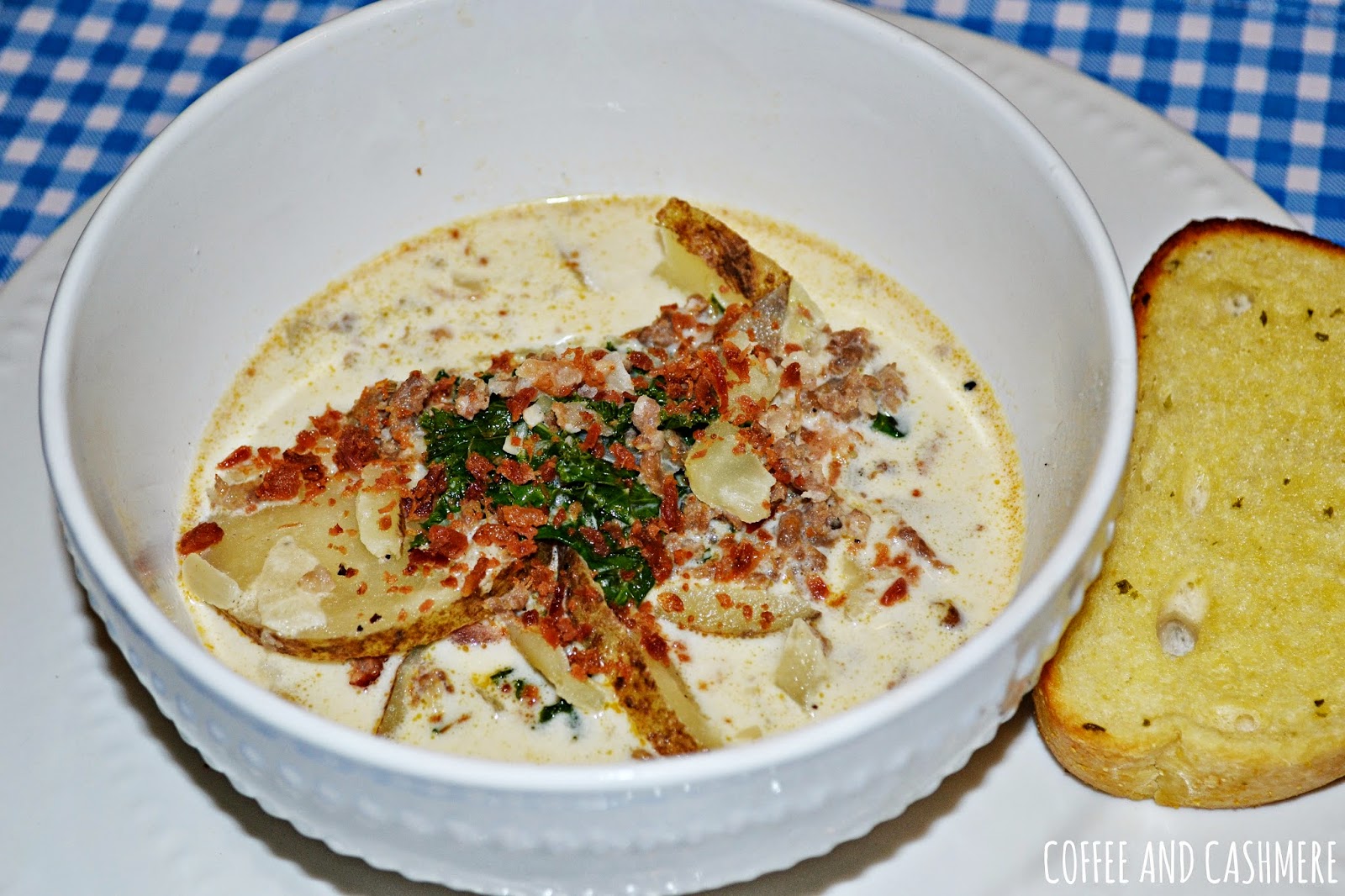 The gorgeous blue cast iron dutch oven is courtesy of Calphalon. I adore that pot. It literally stays on my stove and cooks the majority of our meals. From frying fries, to sauteing onions, to cooking a big pot of chili, to baking bread in the oven (whhhat?), this dutch oven does it all.

Posted by Coffee and Cashmere at 3:47 PM