We live in the deep south. In the winter it's frost bitingly cold, yet without snow. We might get lucky (in quotes) and get ice a few times during the cold months. But actual snow? Nah. It's been over three years since we've had a day of it. So when us southerners hear about snow in the forecast, it's a rush to the store to buy milk, eggs, bread, and if you are really smart, some wine. Because, snowstorm.

Well, Mr. Weatherman was right. In January we finally got under an inch of snow for a total of three glorious hours before the sun showed his/her face to melt it. Snowstorm? Notsomuch.

Adrienne and her daddy did get to go play in our backyard with the white stuff. You know, sled down the hills on a Rubbermaid box lid, make snow angels, and have a snow ball fight. Memories.

And I took some pictures. It was a win/win. 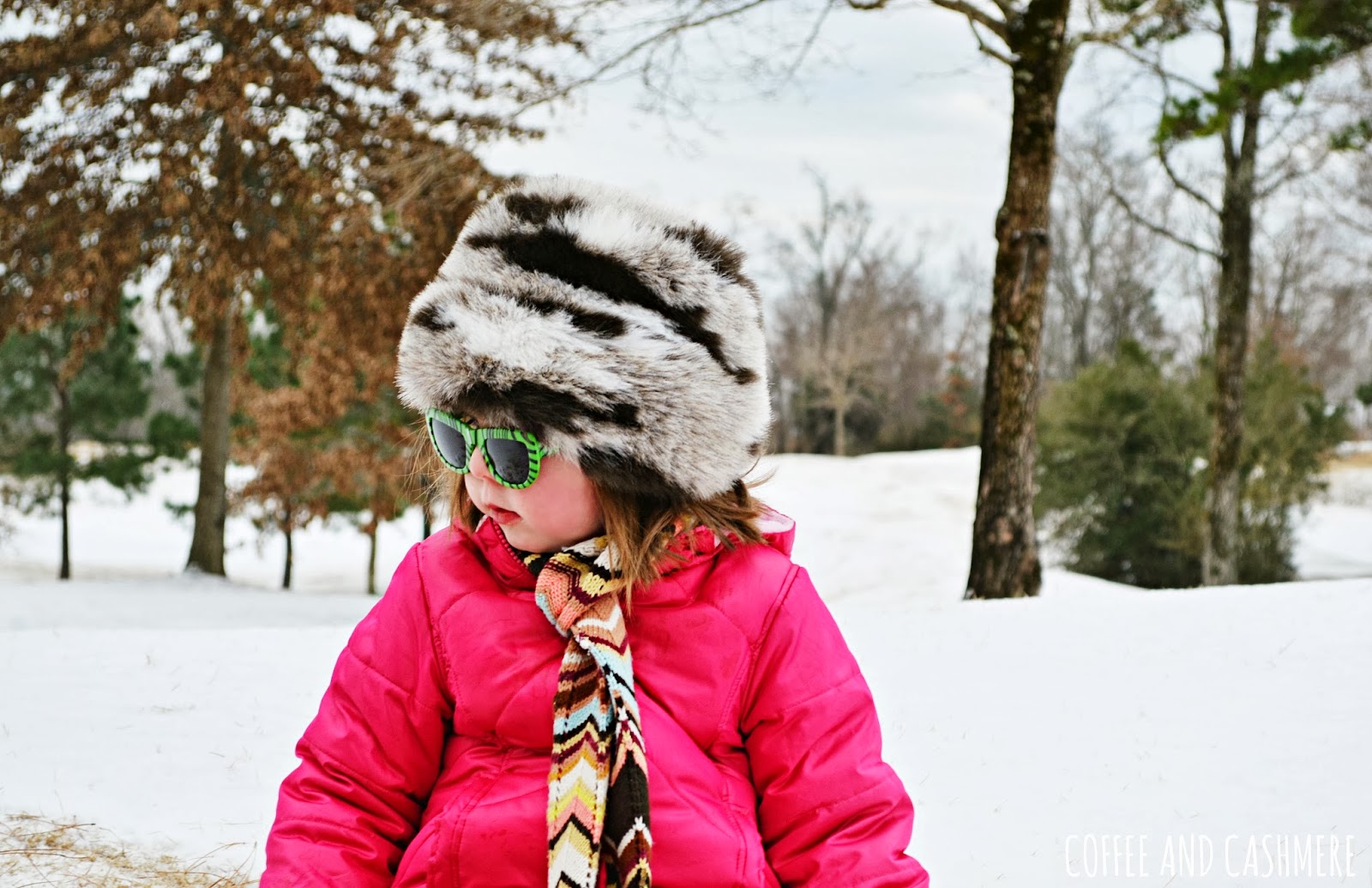 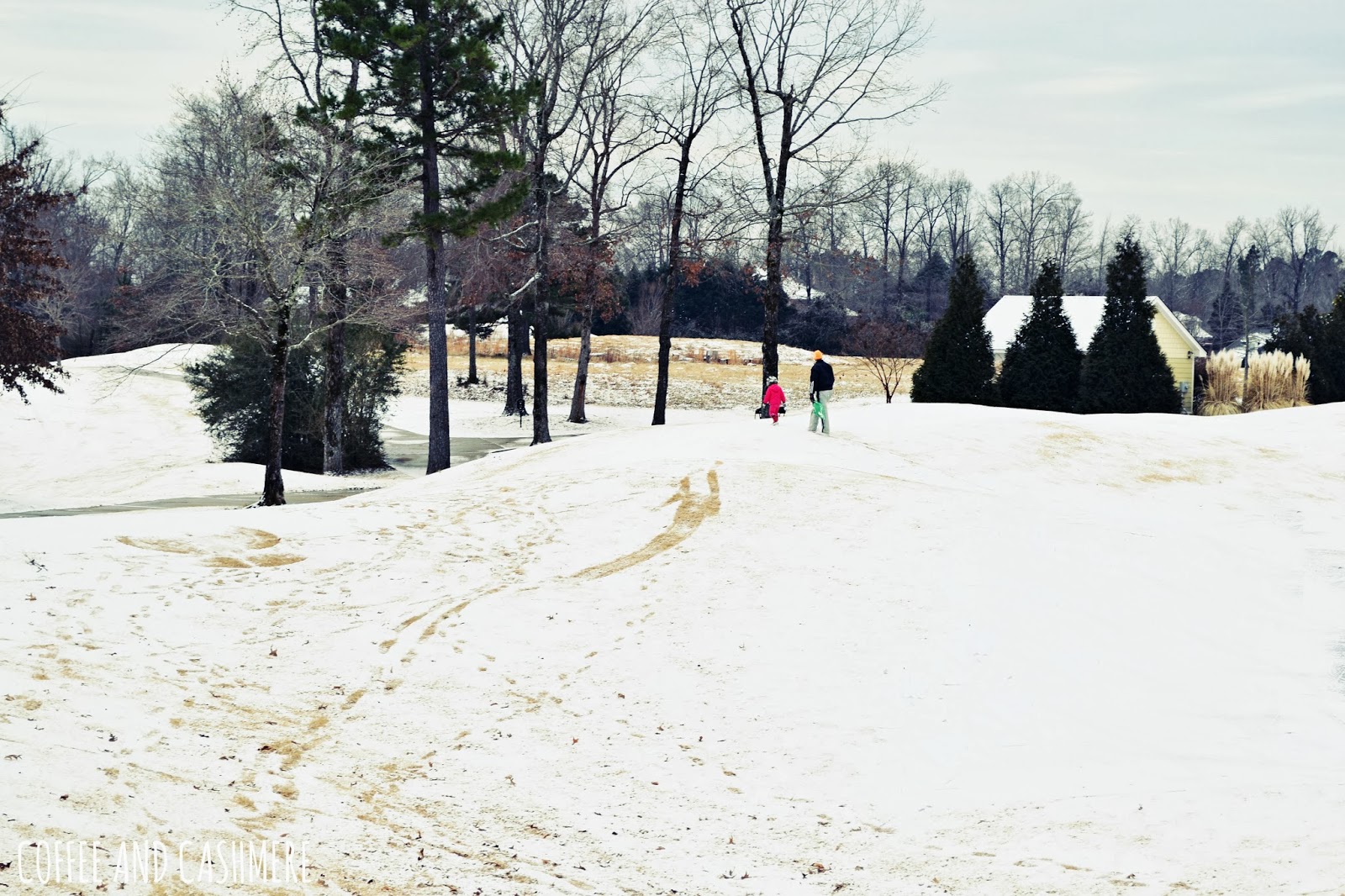 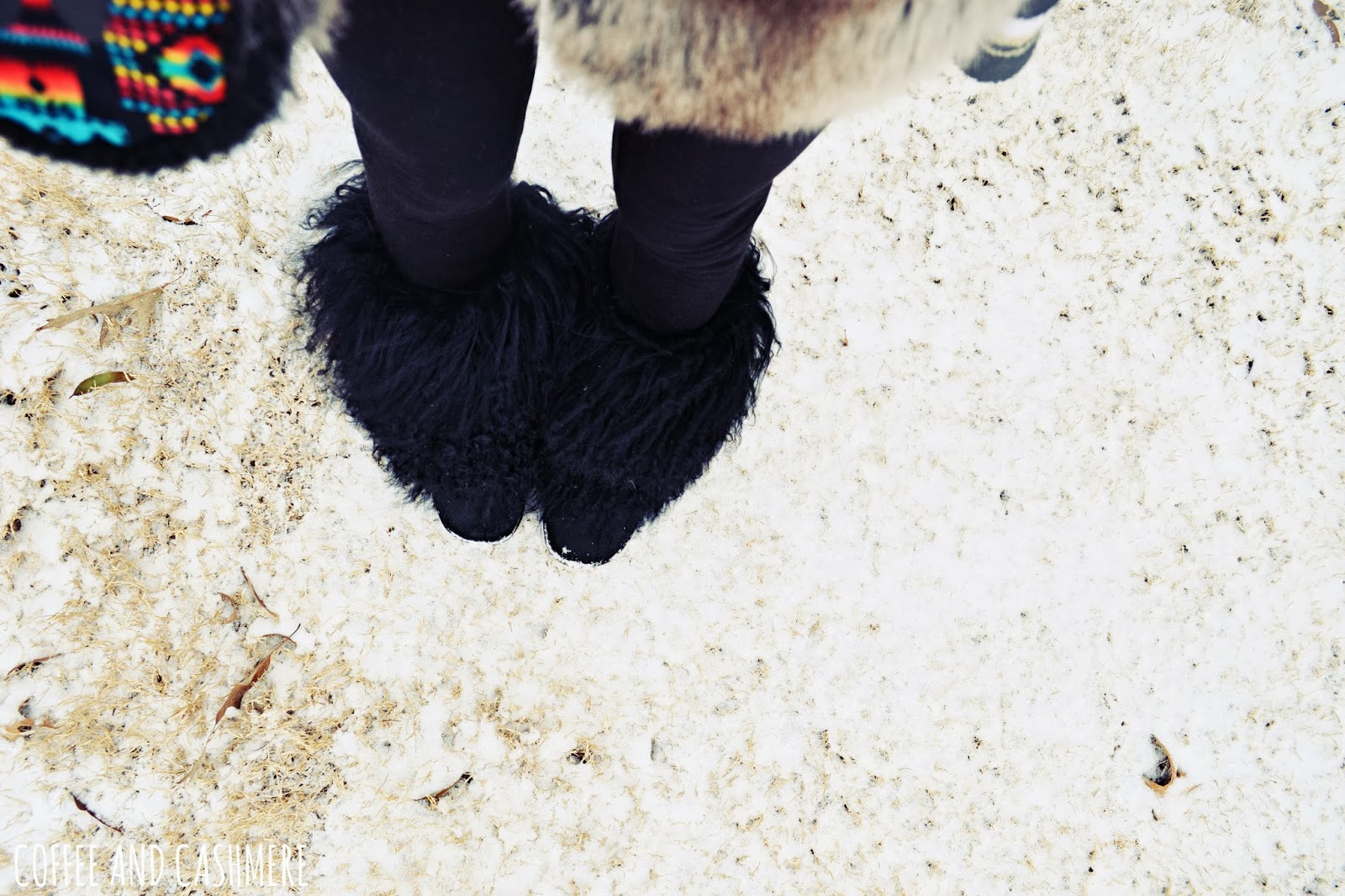 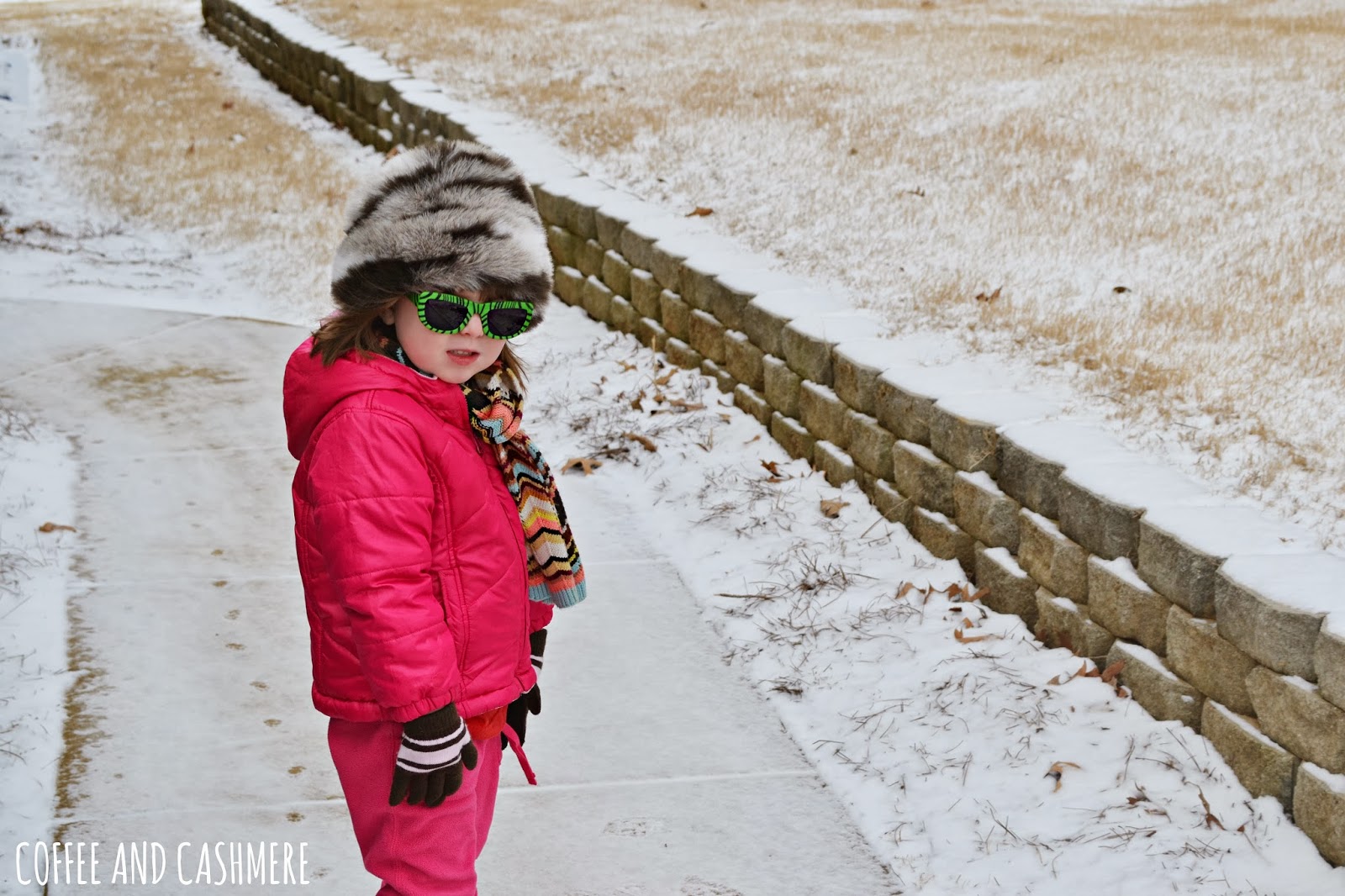 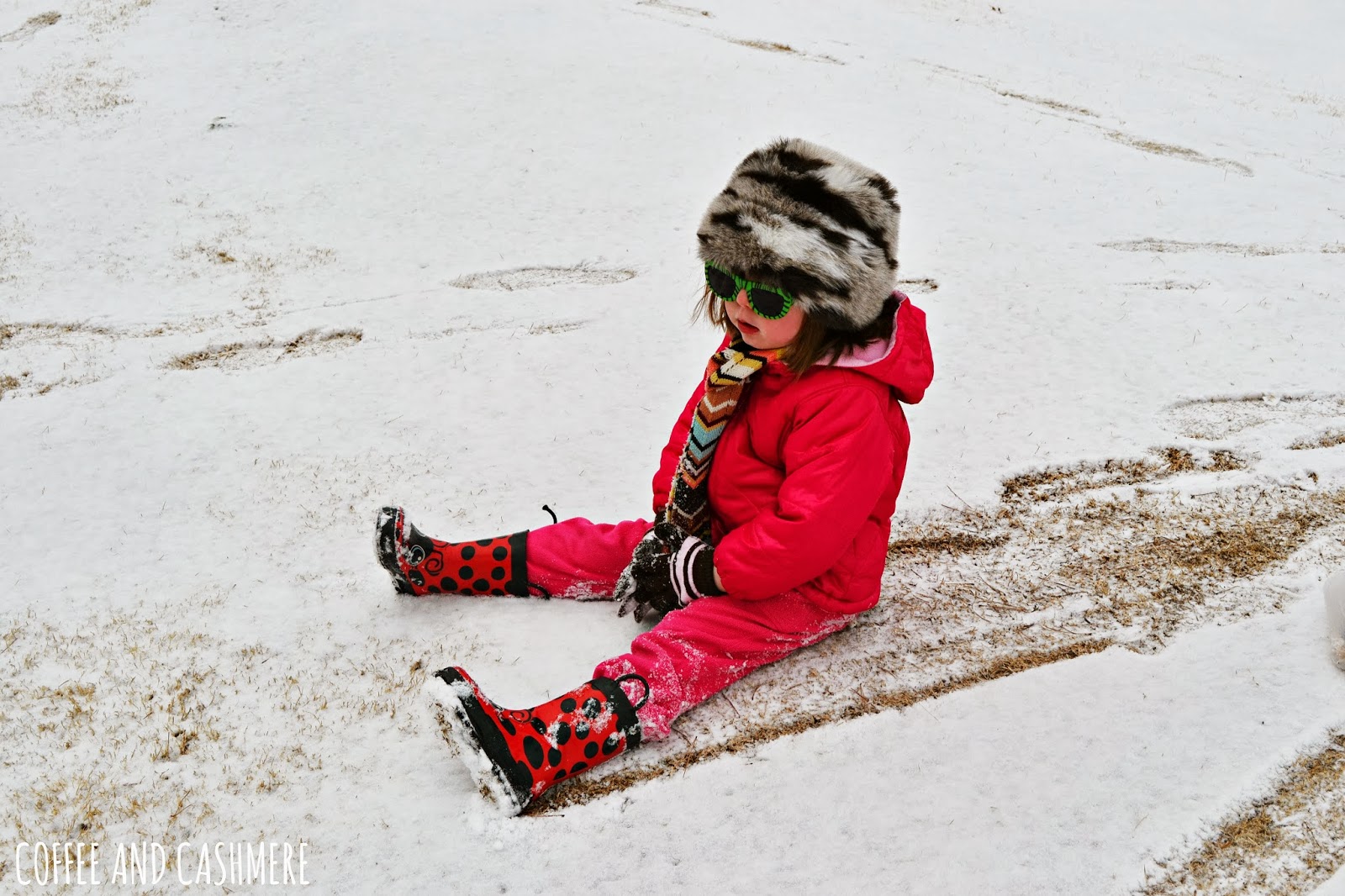 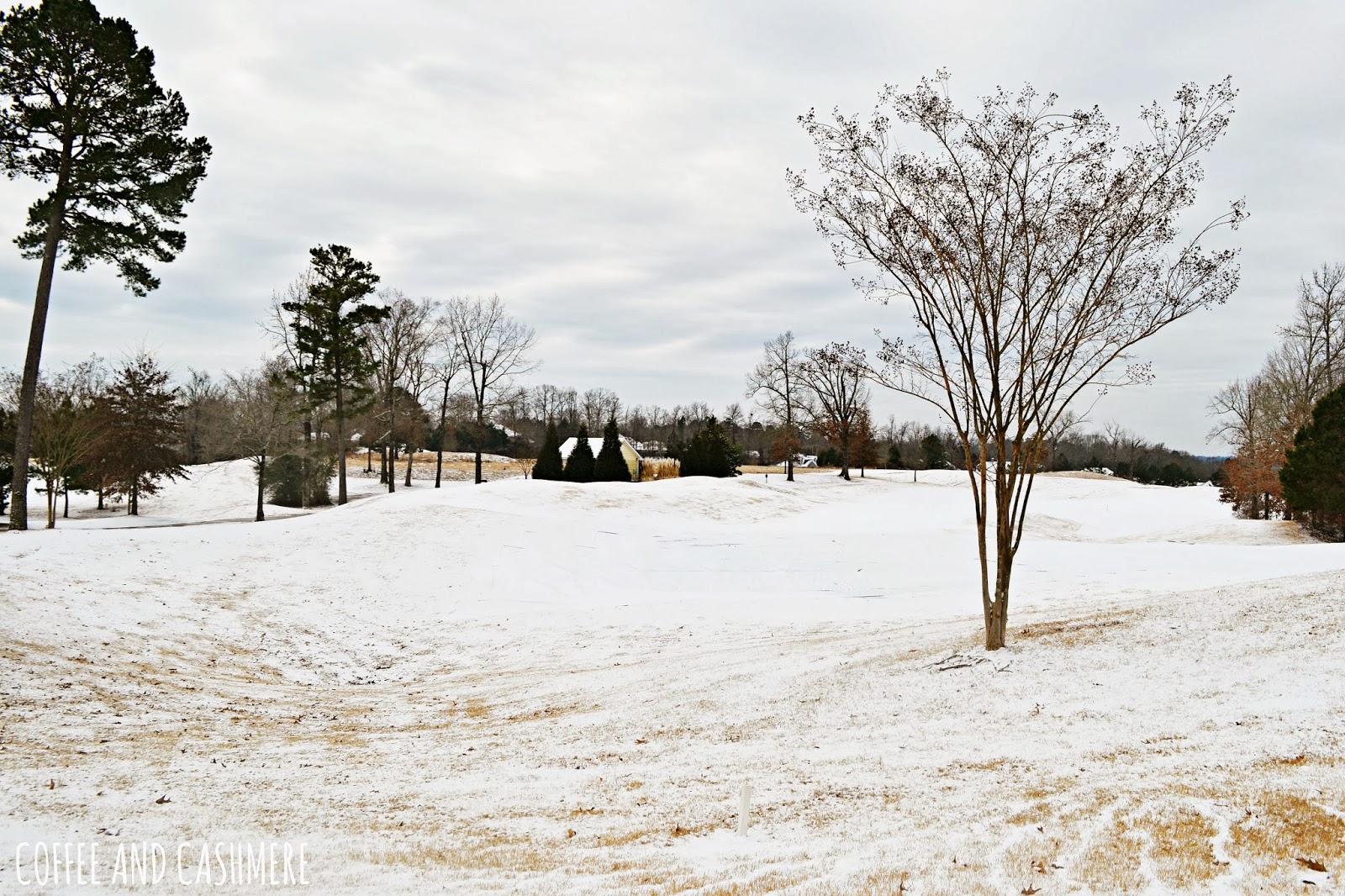 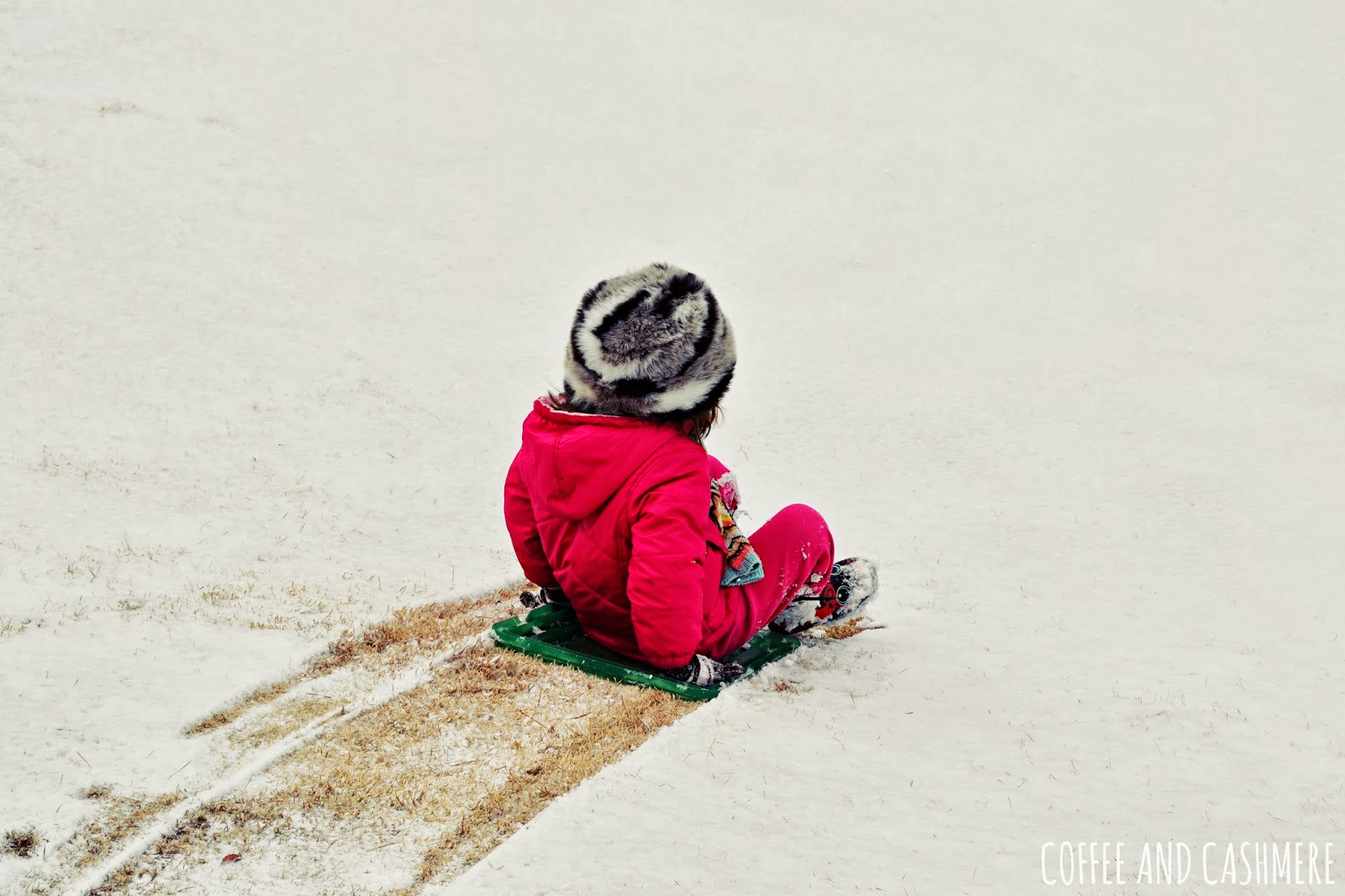 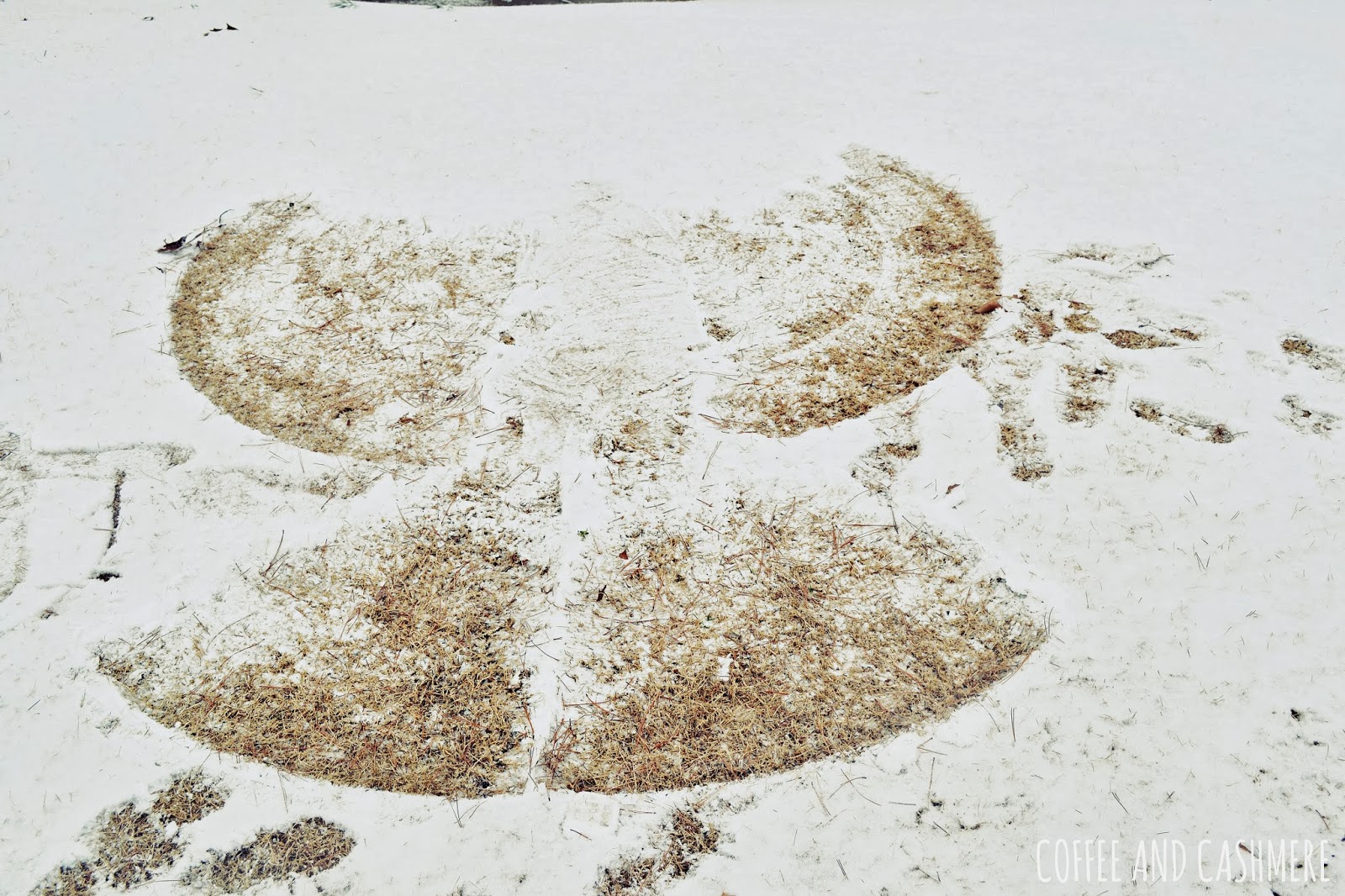 And this photo from my phone that never gets old, 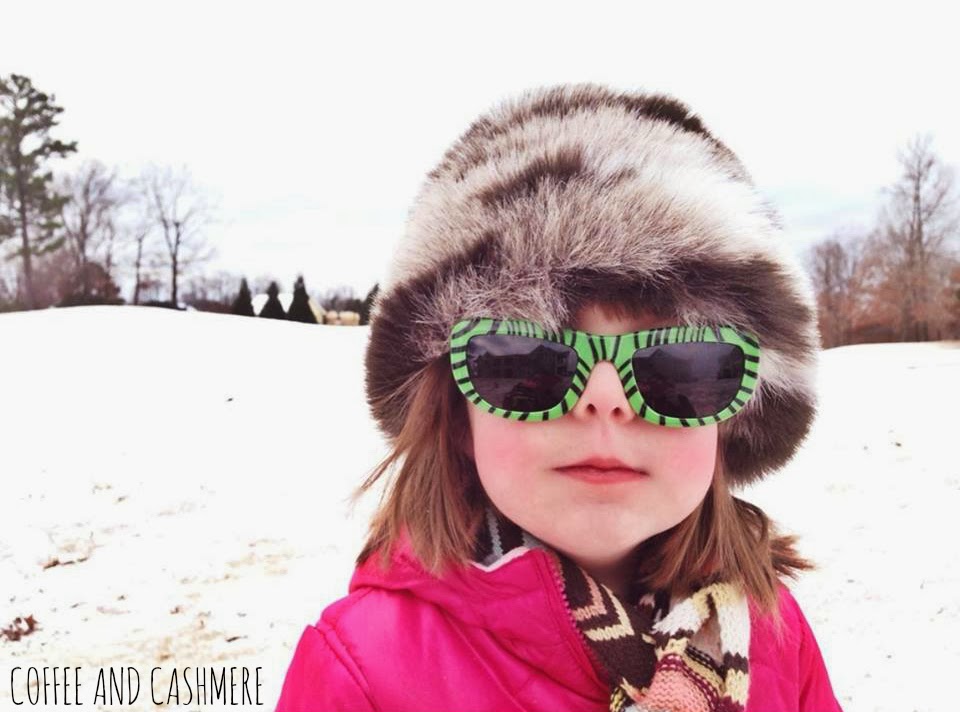 So long winter, it's been real.

Posted by Coffee and Cashmere at 4:21 PM