I was all set for Christmas this past year. I had all the gifts bought well in advance. Santa was bringing Adrienne a new American Girl doll. That was her big present. Then two weeks before Christmas, Adrienne dropped a bomb. She said she wanted Santa to bring her a train table.

Granted, my child has always gravitated towards train tables. She loves taking things apart and building them back. Her father's child if you will. They both sit for literally hours building Lego creations. Or playing video games. Or coding websites. Okay, the latter is just William. But, back to the point, my kid is a builder. And she tells me she wants a train table two weeks before Christmas? #thiskid.

Since I'd already over spent on Adrienne's presents, I told her that Santa does have to build toys for every little kid that believes in him, so she may not always get exactly what she wants. That statement went in one ear and out her little other (as they all usually do). She told me she was just going to wish really hard and that Santa always listens to her wishes. Because, magic.

Well, to my disbelief, there really is a Santa. But he was posing as a company called Personal Creations. A few days after Adrienne was writing her fifth letter to Old Saint Nick, Personal Creations hit me up asking if I would review one of their umpteen-million personalized gifts.

I was all like, "Um. YEA!" I mean, I'm a sucker for personalized things. Maybe it's because I have an unusual name. When I was little it was always like, hey kid, good luck finding "JADE" on those personalized pencils. I think that scared me for life.

I scoured over all the different items I could have "Jade" on, but then I saw it. A Kidkraft train slash Lego table. And that's when I knew Santa was real. I still hear the bell!

Personal Creations sent my little creator the thing she wanted the most for Christmas with her name on it. 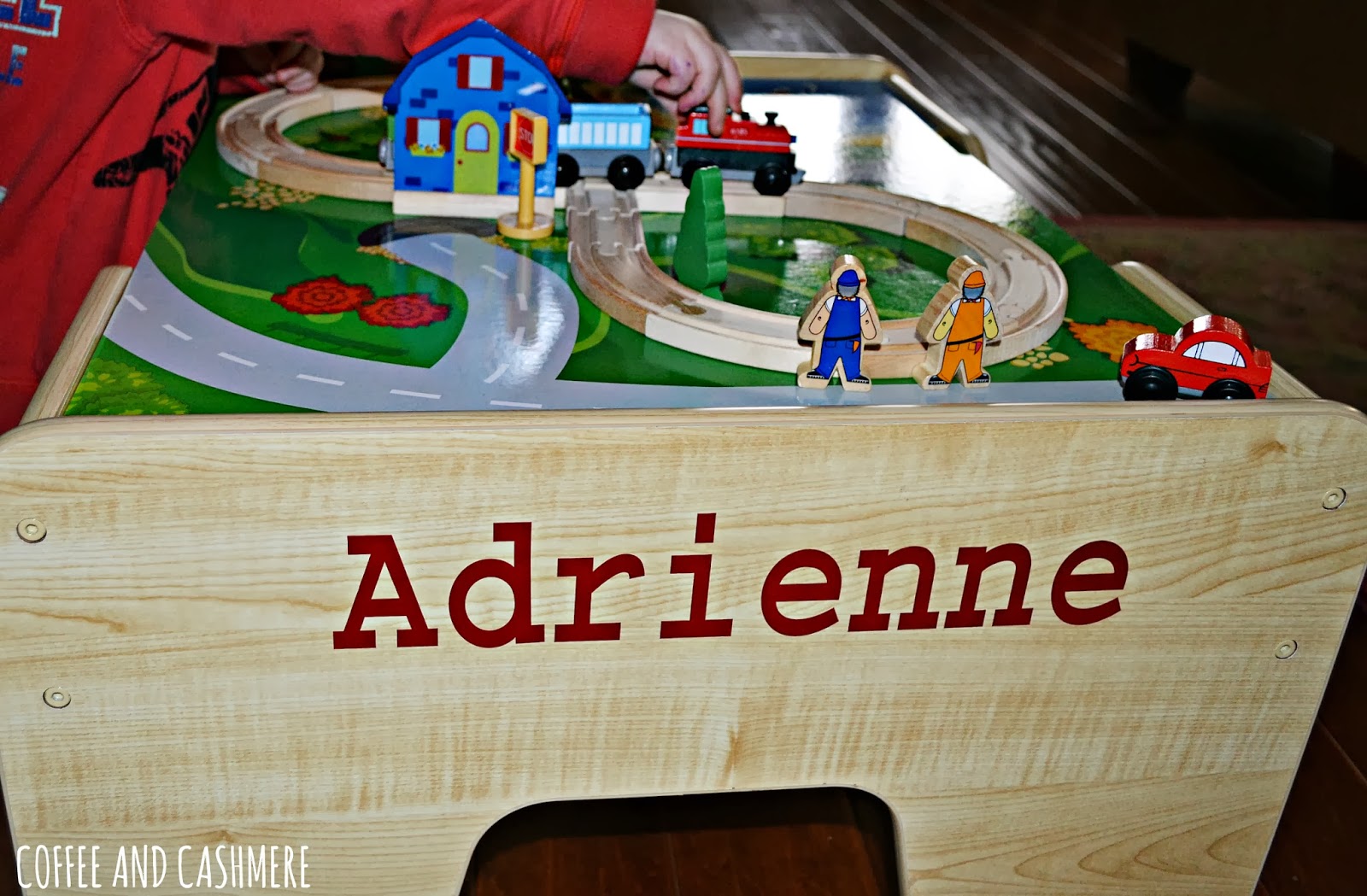 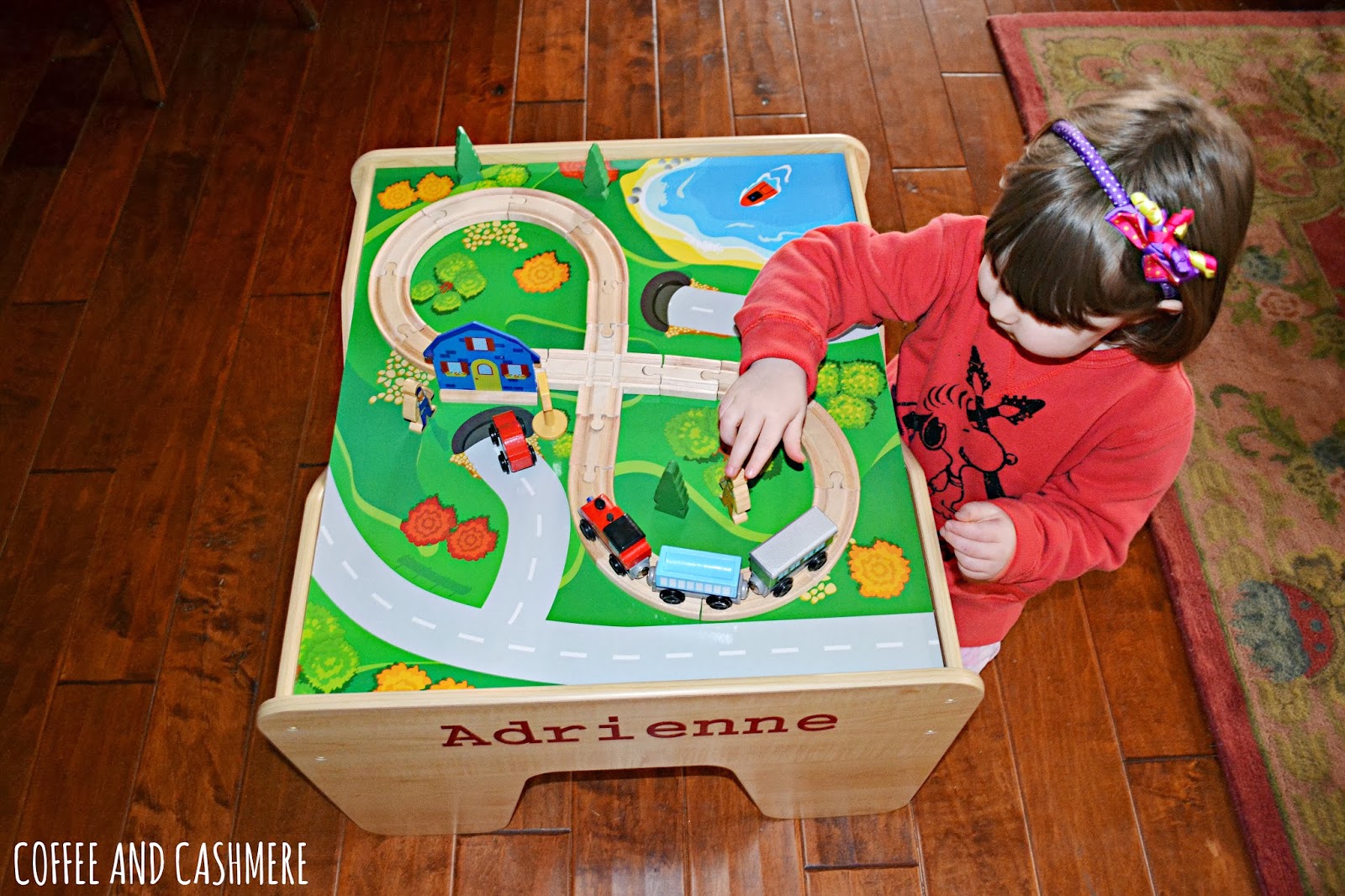 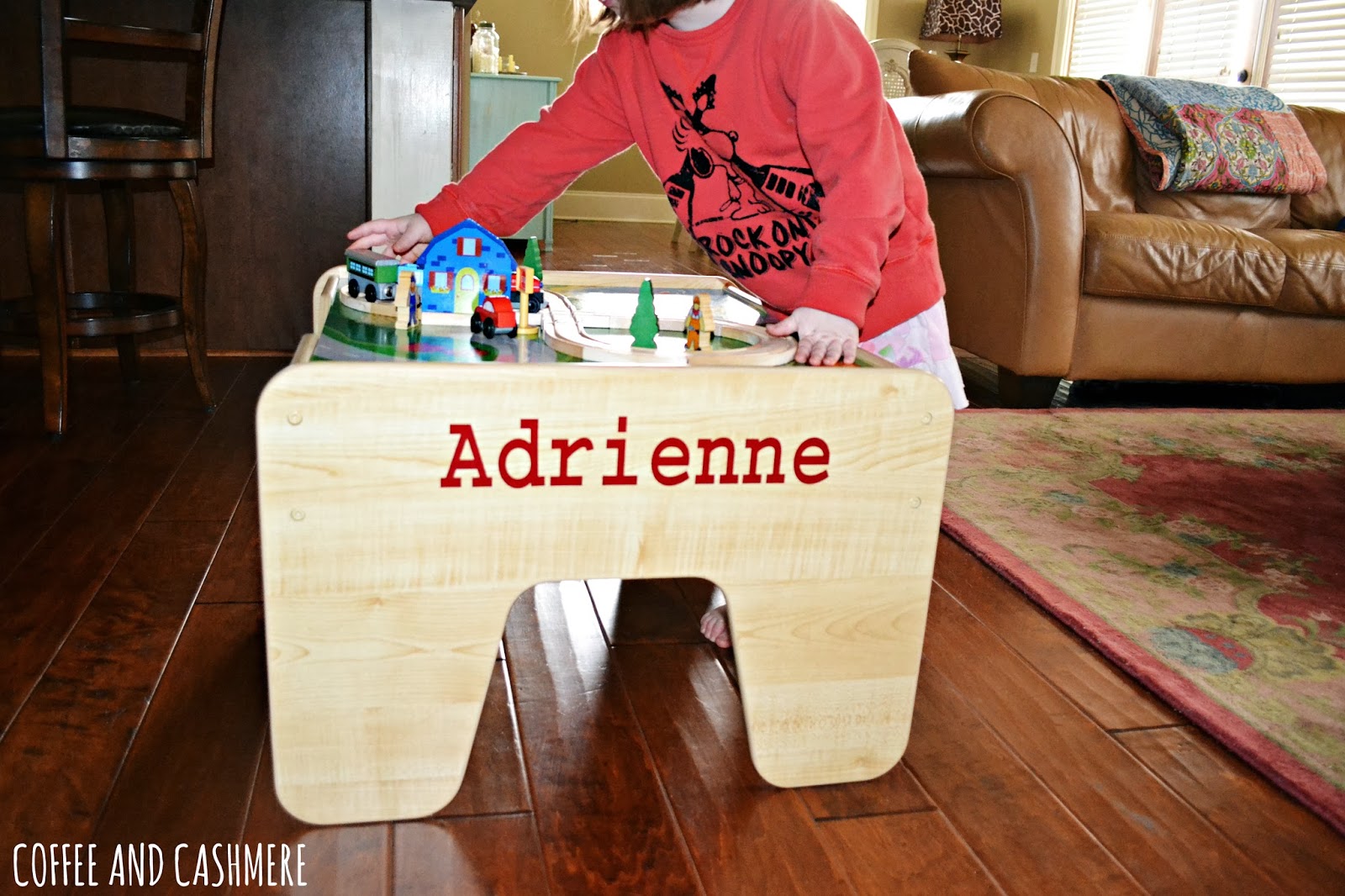 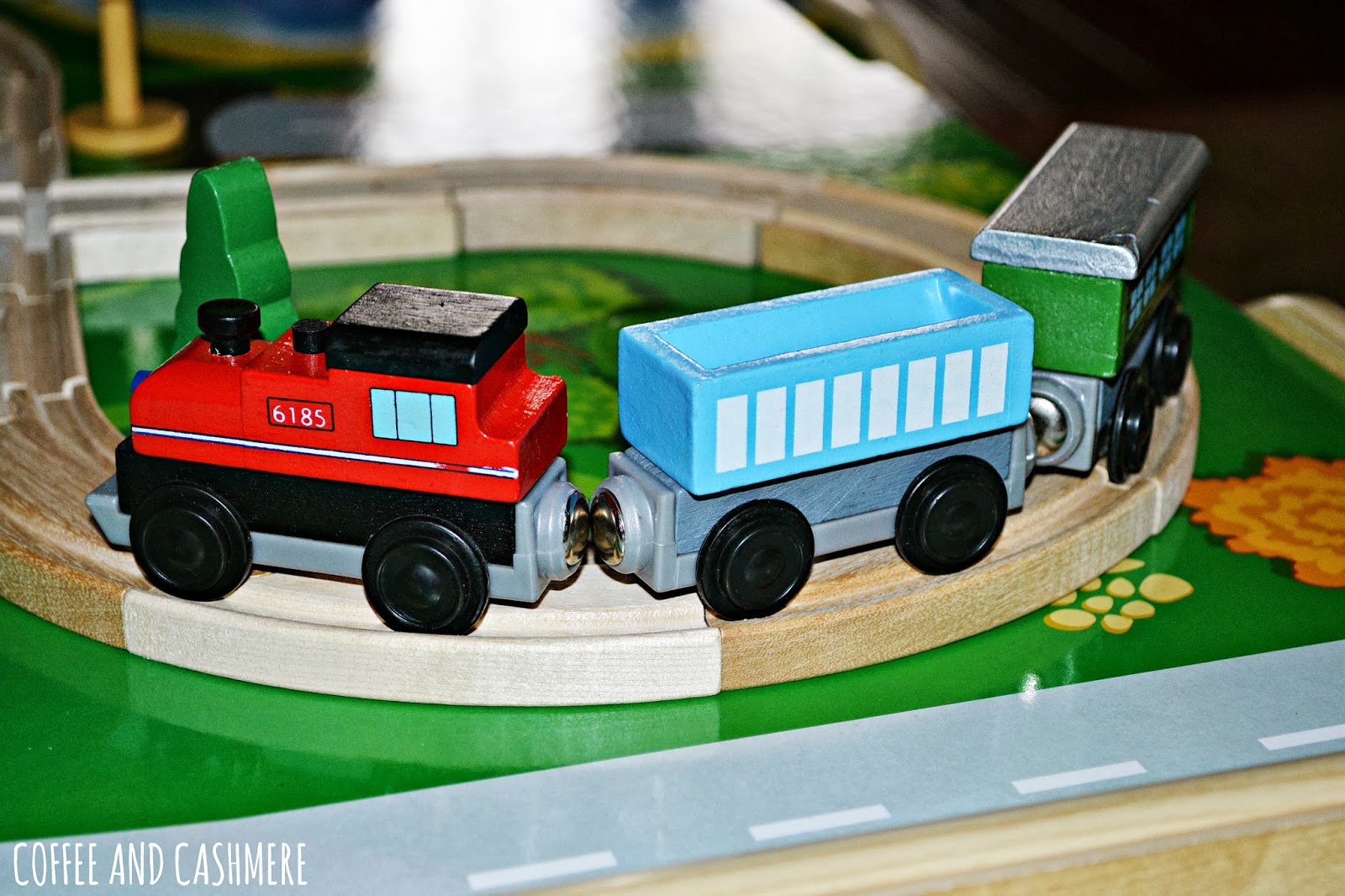 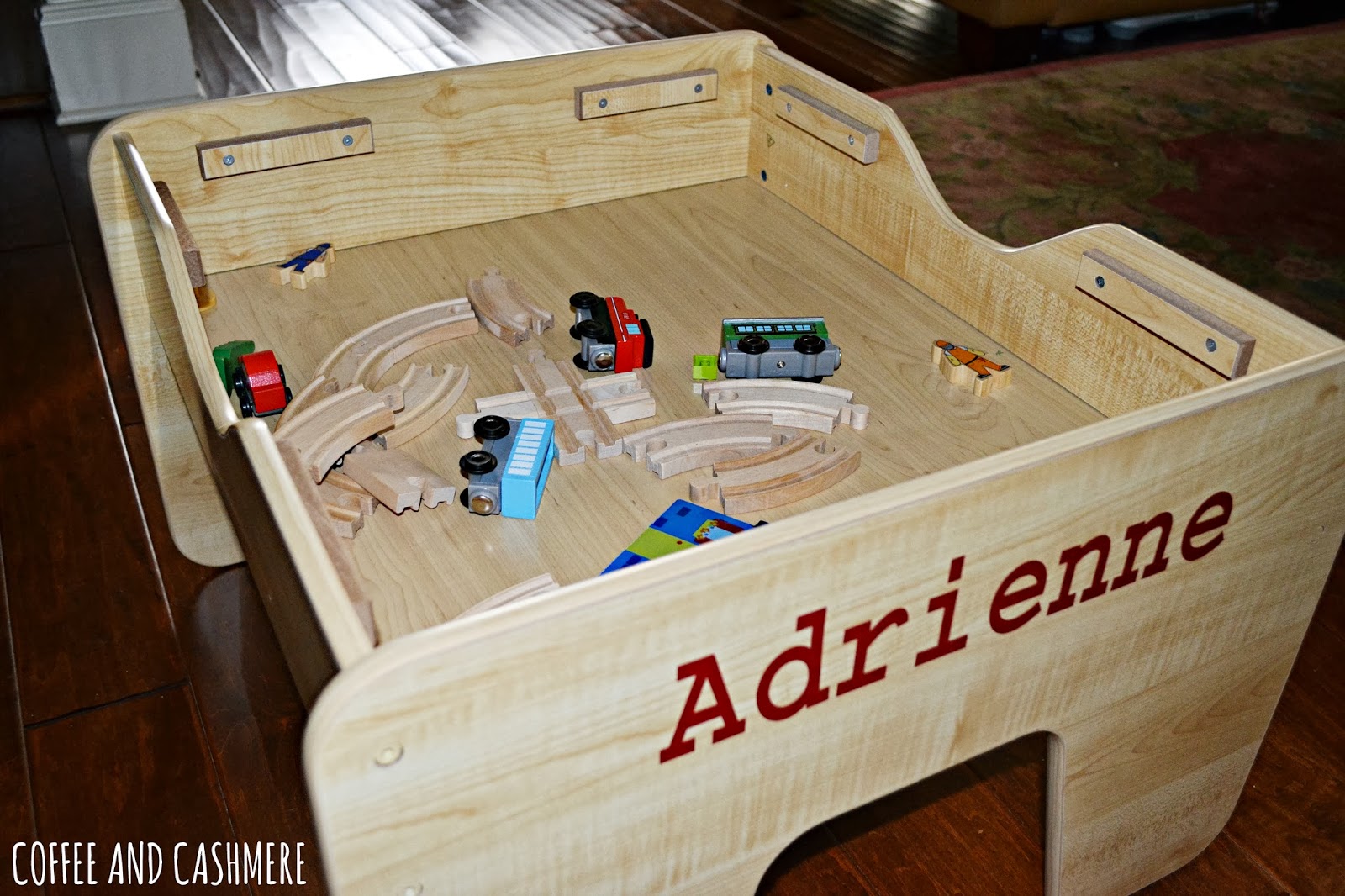 Needless to say, on Christmas morning, Adrienne freaked her little freak and was all like, American Girl who?

She has played daily with this train table since. 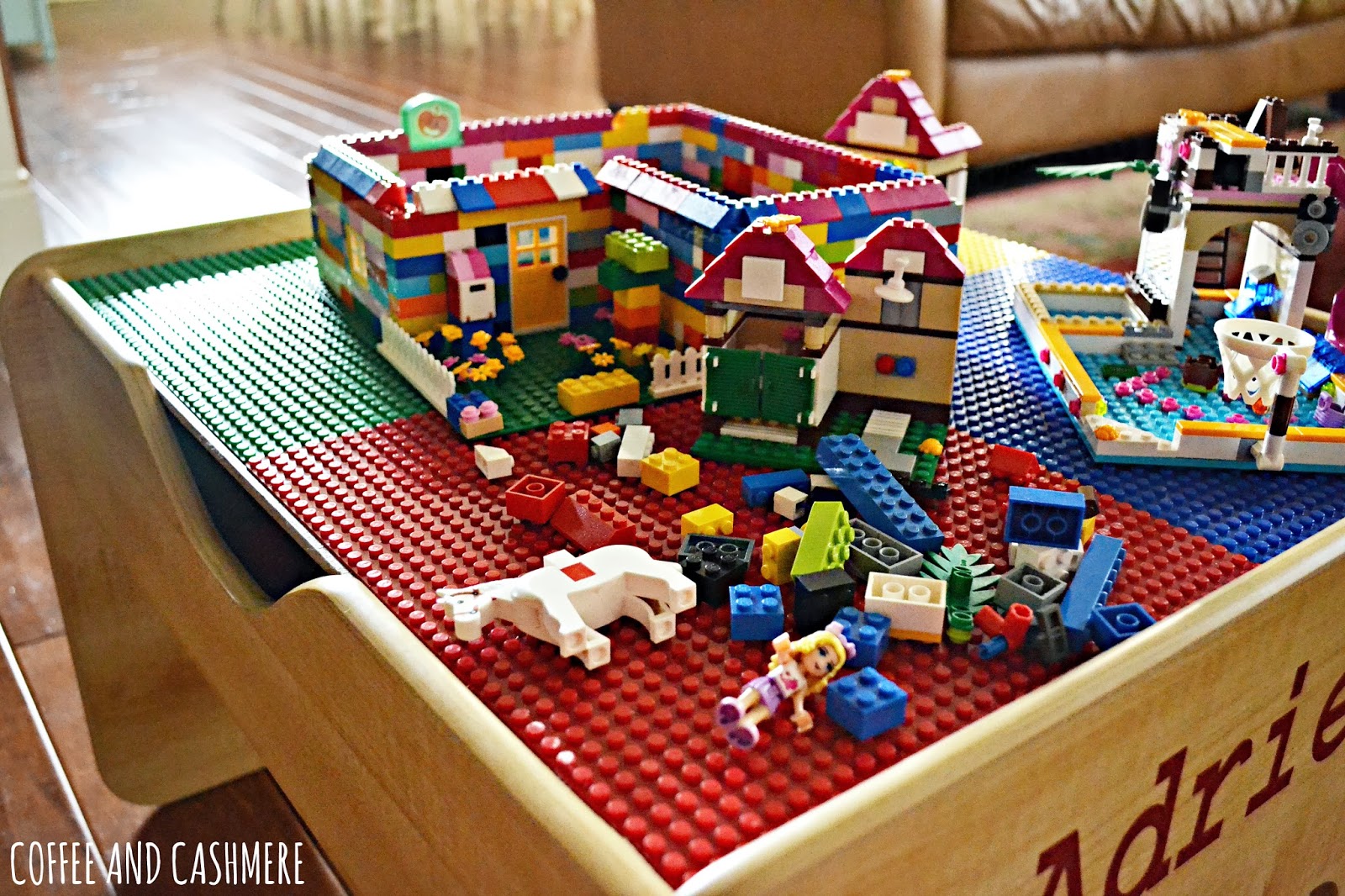 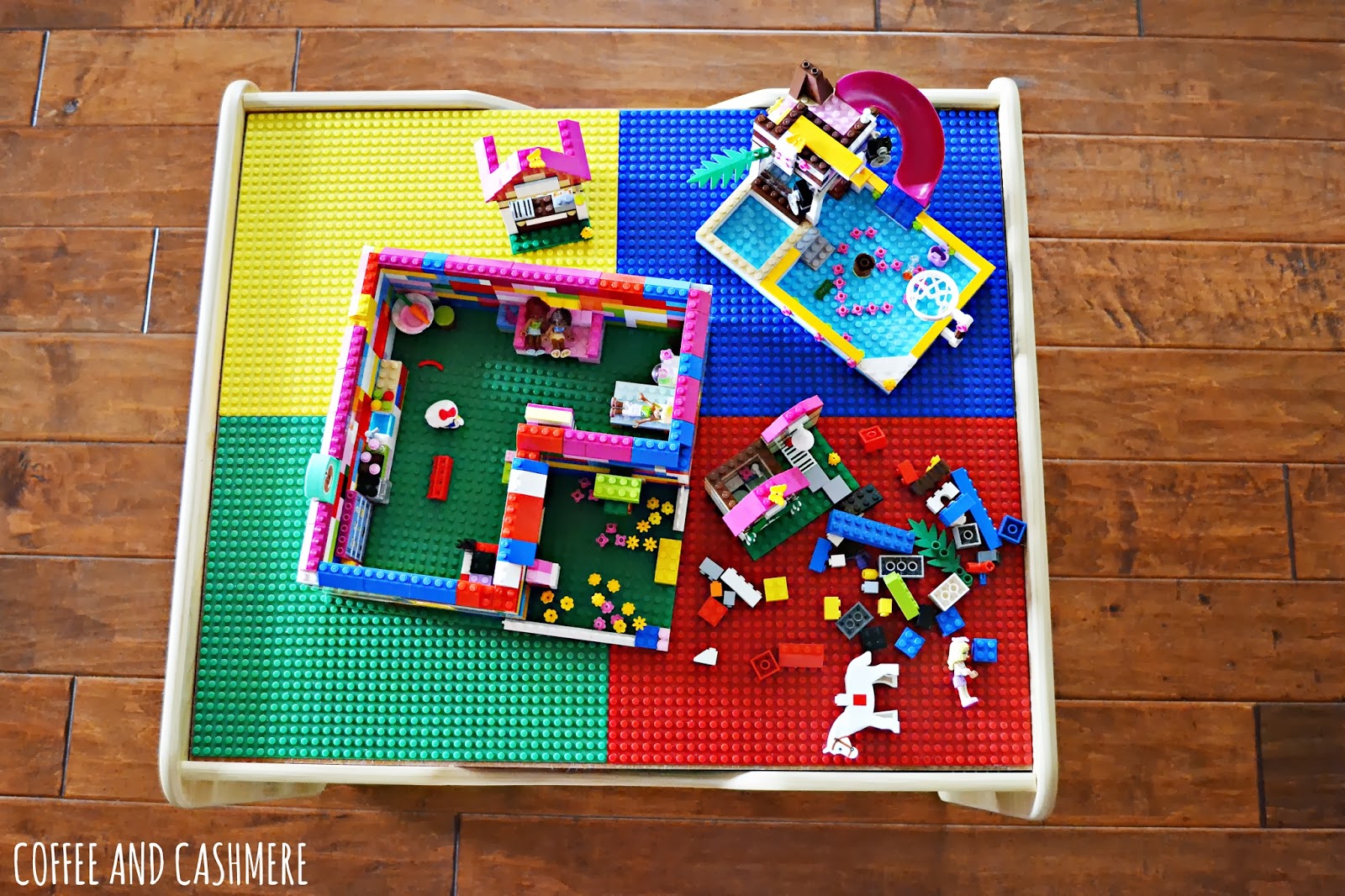 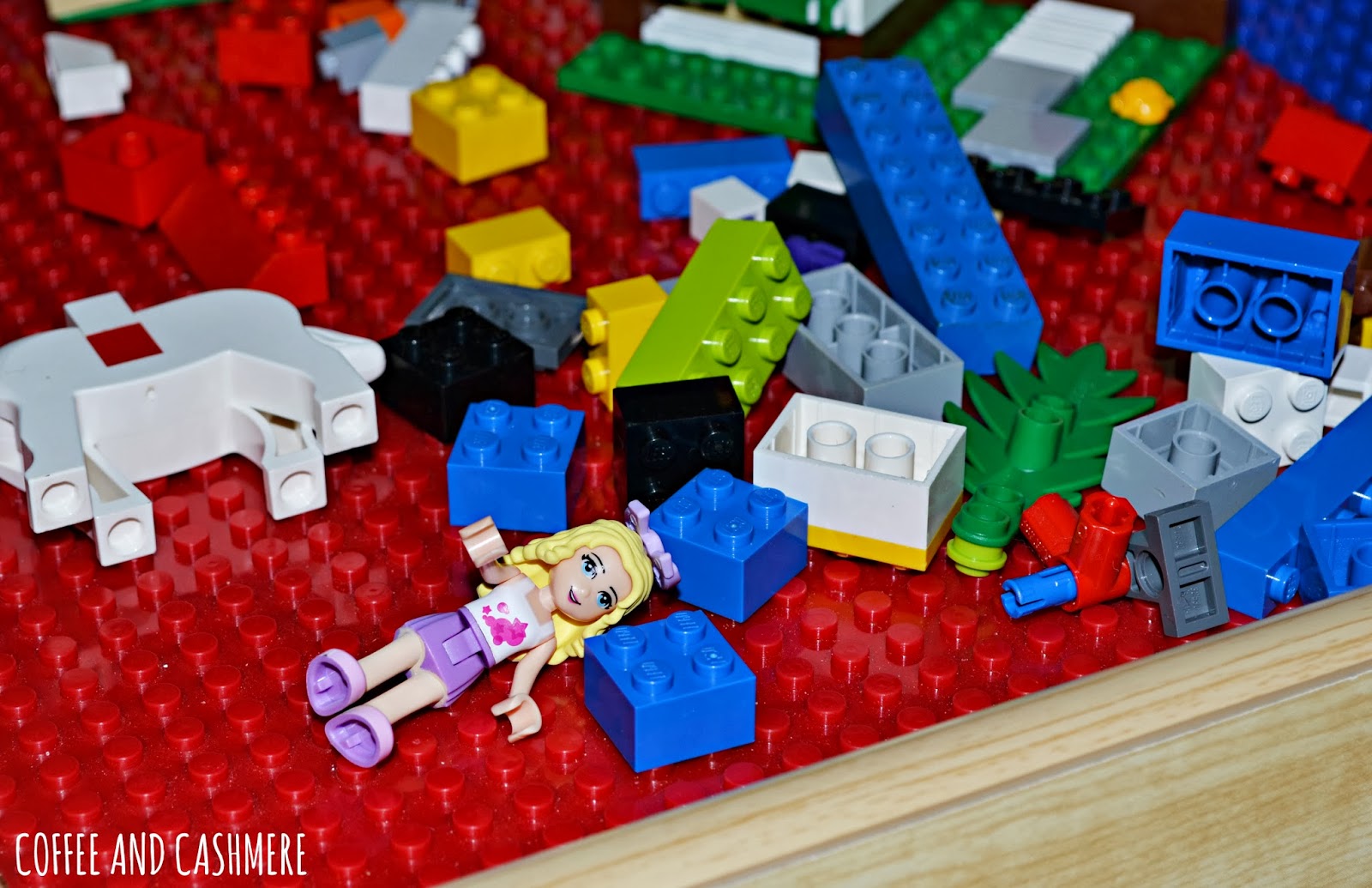 So, all you gift-buying-folks (twice hyphenated), do yourselves a solid and head over to Personal Creations. This is a magical company. Be sure to check them out on Facebook and Twitter for even more gift buying goodness.

Posted by Coffee and Cashmere at 5:19 PM