The Magic of Think

It's a beautiful day in my neighborhood, frands. Won't you be my neighbor? Okay, if uprooting your family and moving all your junk to me is out of the question, I completely understand. Packing up a house is for the birds.

Anymovingboxesaren'tmyjam, this morning we have a guest speaker typer! Meet Janyse Jaud. She is an award-winning singer/songwriter, author, thinkolgist, and voiceover actress. She has even worked with clients such as Discovery, The Cartoon Network, Hasbro, Marvel, and Disney. You know, the big dawgs.

Janyse Jaud has also created a way to help empower kids. After working with the Make-A-Wish Foundation, The Magic of Think® was delevloped. The Magic of Think® is a series of lesson plans that include music, activities, games, and stories that focus on academic subjects and boosting a child's self-esteem.

That said, I'm super excited to introduce Janyse Jaud of The Magic of Think®! 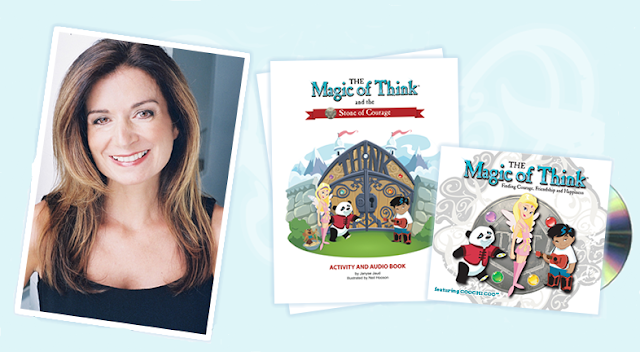 The Magic of Think® concept began to take flight after an amazing experience I had with the Make-A-Wish Foundation. I watched a child recite every word I had performed as an animated character in his favorite television show. The show was so important to him that he made his “one wish” to meet all of us in the series. I was so touched. I will never forget that memory.

Intrigued I began to ask myself: “What if I could create a program to help children become mentally stronger?” So with a sprinkle of seriousness, a dash of humor, and a bunch of fun, The Magic of Think® was born.


There are a variety of subjects covered within The Magic of Think® program, but today I’m going to focus on a story, song and lesson that specifically deals with bullying. Following are 5 of the many techniques that I cover:

“Humor is a very important component of emotional health, maintaining relationships, developing cognitive function and perhaps even medical health,” said Allan Reiss, MD, who directs the Center for Interdisciplinary Brain Sciences Research at Stanford. […] “In particular, we think a balanced and consistent sense of humor may help children negotiate the difficult period of pre-adolescence and adolescence,” he said.

I also want to let everyone know that I'm guest typing over at Love, Joleen Photography today!
Posted by Coffee and Cashmere at 12:55 PM