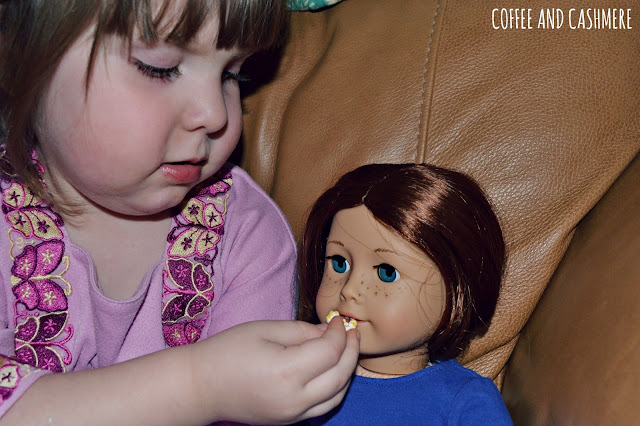 In addition to sending us a doll, American Girl also graciously allowed us to screen their new movie, Saige Paints the Sky, before the public even sees it. I pretty much felt like American Girl royalty.

The movie goes along with their Girl of the Year doll, Saige Copeland. You probably already know my views on this company from reading my last post. True Life: I'm an American Girl addict.

One night last week we decided to pop some popcorn, get some drinks, turn the surround sound on, and settle in for a family cuddle puddle. Side note: Adrienne said Saige had to have her own popcorn bowl as she doesn't do well with sharing any type of food. 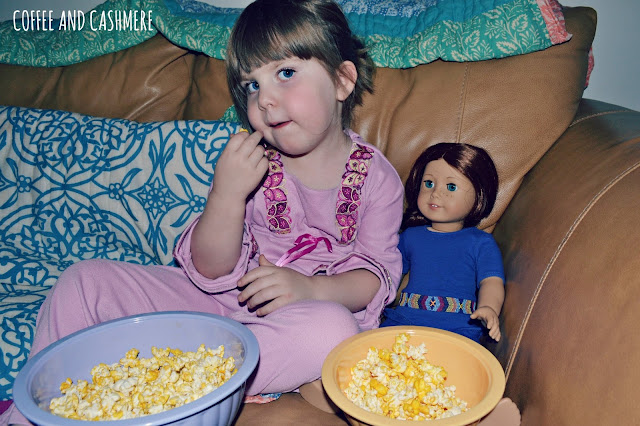 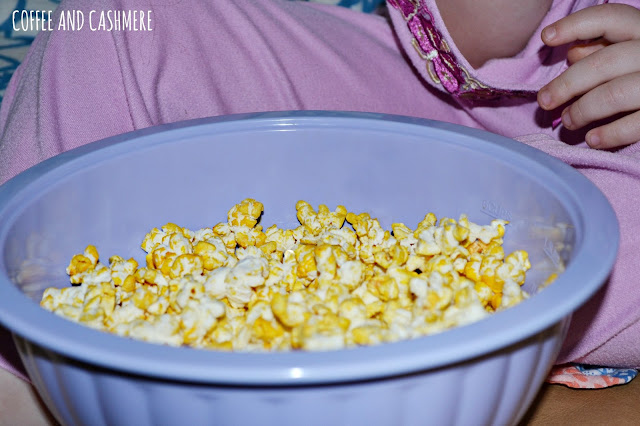 The movie is super heartwarming. It's basically about a young girl who goes through the normal life hardships at that age; losing a best friend, things not going her way, overcoming stage fright. Those are the norms, right? Pretty sure. She also leans heavily on her grandmother, who is played by none other than Dr. Quinn herself, Jane Seymour.

The movie also centers around Saige's love for art, horse-riding, and singing. By the way, the soundtrack is adorable. Cute, girly little songs and such. Valuable life lessons are also included at no extra charge!

But, I'm not going to lie, Adrienne lasted about ten minutes, tops, before her tiny attention span moved on to coloring and then on to wanting to find Saige some pajamas. The movie is definitely geared towards the seven to twelve year crowd. 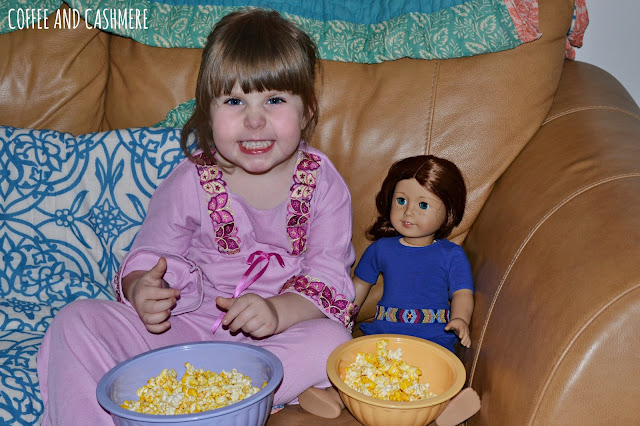 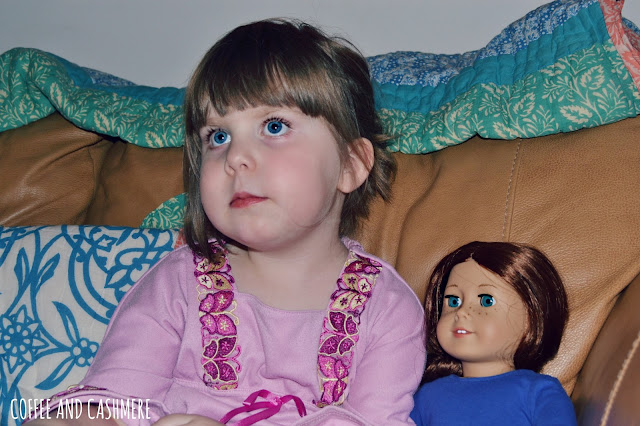 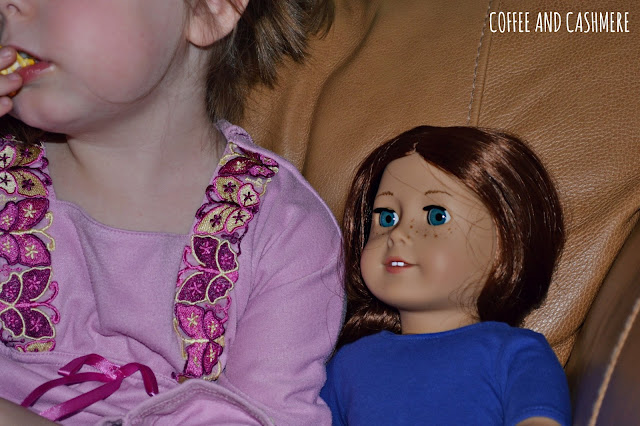 Anyilovebeingamoviecritic, this film was really sweet. Would I watch it again? Probably not. Would my nine-year-old self watch it again? Um. Yes. Over and over. It would have stayed in my VCR. Oh, and I legitimately couldn't remember what a VCR was called and had to Google it.

Saige Paints the Sky will be out on DVD and Blu-Ray tomorrow, July 2nd! Be sure to order a copy. It will also air on NBC, July 13th, so there is no excuse not to make your little girl's night. 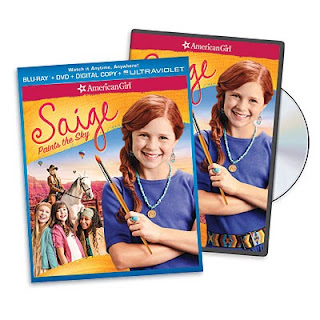 Saige Copeland doll, Saige Paints the Sky movie, and image of the movies c/o American Girl. Adrienne's pajamas are from American Girl.
Posted by Coffee and Cashmere at 3:05 PM