Alan B. Salisbury - “The Legend of Ranger: The Reindeer Who Couldn't Fly.”

Hey Monday. We meet again. I hope everyone had an amazing weekend. We did. My best girlfriend (since the first grade peoples!) came to visit. I seriously haven't laughed so hard nor drank so much wine in a very long while. It's been great.

On another fun note, I wanted to share a guest post from Alan B. Salisbury. Alan is an extremely talented children's writer who just recently published, “The Legend of Ranger: The Reindeer Who Couldn't Fly.” 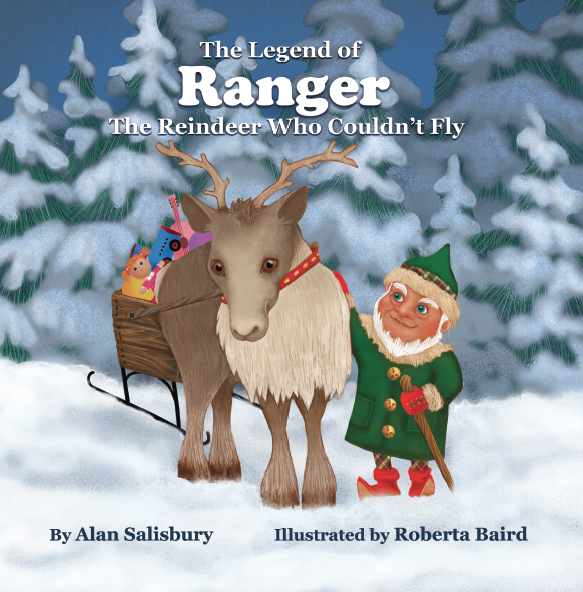 Guest Blog for Coffee and Cashmere: Family
By Alan B. Salisbury

"OK, so here I am a 70+ year-old man guest posting on a “mommy blog.”  Crazy?  Some may think so.  Maybe even more would think so if I added that I’m a retired Army General who served 30 years in the Army.  And a computer engineer by education background.  What could I possibly have to say of interest to 20-something-and-up moms?

Maybe more than you would think. Of all the titles I have held through my career (and I’ve had a few), the one I treasured most was “Daddy.”  And more recently, “Gramps” is giving “Daddy” a run for its money.  My wife and I raised two fantastic daughters and both are now mommies in their own right, juggling career and family. My grandchildren range from 2 to 10 years old, with three boys and one girl. (Guess which one is boss?) What goes around comes around and these days I, once again, find myself reading bed time stories to sleepy grandkids.  Still a joy.

My mother dabbled in poetry and wrote some WWII-era songs.  My own writing has been professional, with many magazine articles, professional papers and such over the years.  One book (you don’t want to hear the title) to my credit, a computer design reference book.  And I have dabbled in song writing myself, having “majored” in glee club as a West Point cadet, and several years ago co-founded the 50-voice West Point Alumni Glee Club in the Washington, DC area where we now reside.  Three songs so far for the WPAGC, including “Eat, Drink and Beat Navy,” my personal favorite.

About four years ago, the idea of writing a book for children began percolating in my head, and resurrecting itself each holiday season. Finally, around Christmas of 2011, I convinced myself to put pen to paper (actually fingers to keyboard) and draft a story around a germ of an idea that I had been developing. It stalled out for a while because I felt the plot was weak. As often happens to me, some of my best thinking occurs while jogging or walking (more of the latter lately) and the muse visited me one day mid-walk with the crisis that my story needed to come to fruition.

It was only during the actual process of writing the story that I realized that I was weaving some important messages for children (of all ages) into it.  They come from my own life experience and from many leadership situations I experienced during my career. Before most young moms of today were born, the Army had the best possible recruiting slogan, designed to attract the best and the brightest: “Be All You Can Be.” Those five words encapsulate a philosophy that every individual would do well to internalize. If I were writing a college application essay, I can’t think of a better topic to explore.

My new book, “The Legend of Ranger: The Reindeer Who Couldn't Fly,” is a Christmas story set in the North Pole region, but  it could just as well be set at any time of year and in any place.  It has been described by reviewers as a heartwarming and inspirational story, as it follows young Ranger through his quest to learn the secret of flying and join the Christmas Eve team. I also wrote a companion song titled “Dream and Believe.” The message of the book and song are succinctly stated in the concluding line of the song, “You can accomplish whatever you dream, if you just believe in yourself.” My purpose in writing the book and the song has been to teach children to think big, to set objectives and goals for themselves, and then to believe in their own hearts that, if they work hard, they can accomplish whatever they put their mind to.

Many Colonels and Generals (OK, Admirals too…) from the military have written books about management and leadership and left their constructive mark in the professional world.  I applaud them for that. I chose to target children instead.  Why children?

For many years I served on the board of the Challenger Center for Space Science Education that was established as a living memorial to the seven Challenger astronauts who perished in January of 1986 when their space shuttle mission exploded on launch. This was to have been the “education mission,” carrying the first citizen astronaut, elementary school teacher Christa McAuliffe into space, from where she would beam lessons (and inspiration) to children on earth.  Christa summed up her own philosophy this way:  “I touch the future; I teach.” She recognized that children are the future, and the direction that future will take depends on where our children will take it.

Christa McAuliffe exemplified the Army’s motto of “Be All You Can Be” through her own career, and set an example that all children would do well to emulate.  It starts with dreaming and working to realize those dreams, and developing the self-confidence to believe in yourself and make your dreams come true. What better lesson can we impart to our own children? And I am convinced that we cannot start too early in a child’s life to begin to shape their self-perception and ambition.  For one thing, it is easier to “bend the twig that will grow into the tree” when it is young and impressionable. For another, we need to equip our children early in life with the skills they will need to survive and thrive in the real world.

Before we know it, our toddlers and preschoolers will be off to school for many hours a day where they are out of the protective envelope that Mom and Dad would like to wrap around them. They will quickly become exposed to one of the most powerful influences in their lives: peer pressure. Some kids will be the “leaders” and many more will be the “followers.” The best defense against our children being misled by misguided peers is for our children to themselves be leaders who have the self-confidence to say, “no, that’s wrong, we should do this instead.” The lesson that Ranger’s adventure teaches is a good place to start.

The Ranger book is 50 pages in length and takes about a half hour for an adult to read out loud for the younger children. That’s quality family time during the Christmas season. But it’s divided into 8 chapters, so it can also be spread out over several evenings as a bed-time story. Early readers ready for chapter books can get through it on their own.

“The Legend of Ranger” is available from the publisher’s web site (thelegendofranger.com), from Amazon.com and barnesandnoble.com, or from my web site at opusonestudios.com. The “Dream and Believe” song (performed by Nashville’s Mary Allen) is track 1 of a CD by the same title available on iTunes. Track 2 of that CD is a complete audio book reading of the book with wonderful character voices by the reader, Barbara Quesada. [Full disclosure:  Barbara is also my daughter, a professional photographer and voice-over artist at thevoiceofbarbara.com.] The full suite of Ranger products includes ebooks in all formats and an 8” lovable plush toy Ranger, in addition to the book and CD. All are available from the Opus One web site.

Opus One Studios is my creative outlet with the unique feature that 100% of the profits it generates go to selected charities.  Our tag line is “Creative products supporting worthy causes.” In the case of Ranger, the worthy cause is the children’s art therapy program in the Cancer Center at MassGeneral Hospital for Children in Boston." 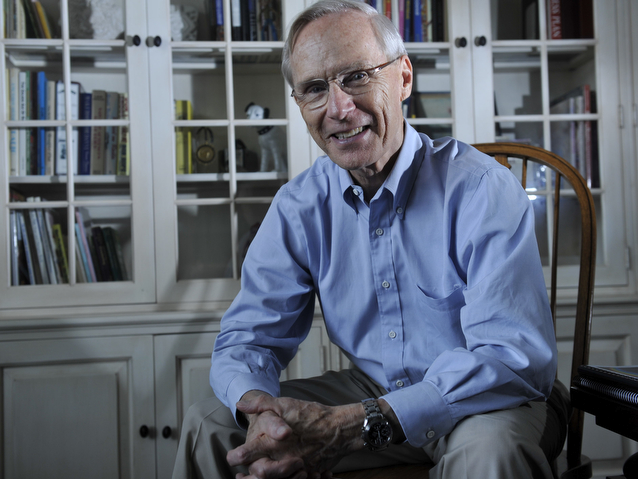 Be sure to check out Opus One Studios on Facebook and Twitter. Also buy a copy of “The Legend of Ranger: The Reindeer Who Couldn’t Fly” this holiday season. This children's book has a super cute message of always believing in one's self. #truth

Posted by Coffee and Cashmere at 10:52 PM