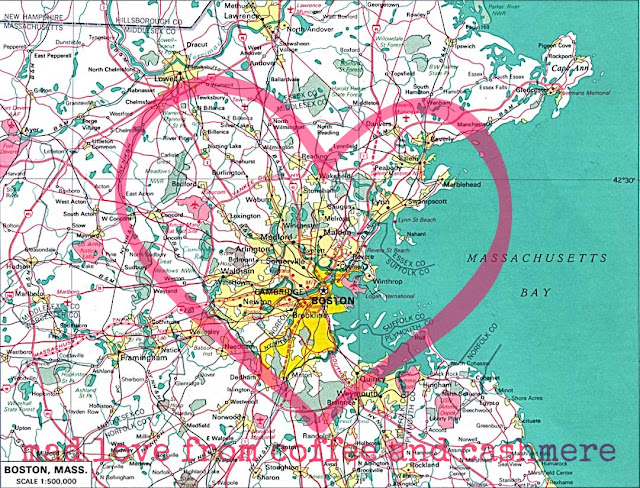 Today I had planned to start my newest giveaway. But then, as I start typing, my heart is heavy. How could I just go on with my life without addressing Boston? I can't.

I saw so many gruesome images yesterday. Some that will be ingrained in my memory forever.

Who knows who placed the bombs and for what reasons. But I do know that I witnessed so many brave individuals throughout the day on the news. People who, just seconds after the blasts, ran towards the blasts, to help strangers in need. They didn't know what was going on. They didn't think about their destiny. They were thinking about helping others. Something that should be instilled in every person on this earth. Compassion. Love. Goodness.

Not hate. Not violence. But for some effed up reason, we have so much of the latter two.

From the Oklahoma City bombing, to 9/11, to Aurora, to Sandy Hook, to now another one that we'll never forget, Boston, we have to stay strong. But then I think about all the other countries who live in daily fear of bombs going off. We aren't used to that fear.

A friend of mine pointed out, "Not to be callous, but drone bombings have been killing thousands of innocent civilians for a decade. "Be a Bostonian" today, then maybe think about being a Pakistani tomorrow and Yemenian the next day. That's how empathy works."

It's not just America. It's our whole world. Our world is has been broken for a long time. I don't know if it's too late to fix, but we really need to try. We need to try hard. For ourselves. For our kids. And for our kid's kids.

Even though it's so difficult not to, don't loose faith in our humanity. Don't give up.

Sending so many good vibes to Boston.
Posted by Coffee and Cashmere at 1:11 PM